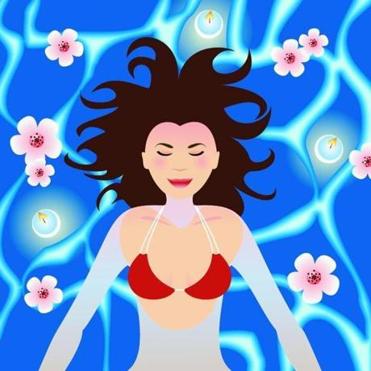 By Megan Johnson GLOBE CORRESPONDENT MAY 13, 2016

The latest wellness trend to captivate the city is tucked away in Somerville’s Magoun Square: Float Boston in one of the only places in the area solely devoted to floatation therapy, or “floating.”

Since opening last February, Float has developed such a following that it is booking a month out. Committed visitors — some identify as “floaters,” while others prefer “float enthusiasts” or “hydronauts,” are deeply devoted to the practice, which involves lying in a sensory deprivation tank filled with less than a foot of water, and around 900 pounds of epsom salt. Guests spend 90 minutes floating, which, enthusiasts say, relaxes the brain and promotes feelings of tranquillity.

“The idea is to limit the input into your brain, and when you do that, there’s a relaxation response that’s automatically triggered,” says Float Boston co-owner Sara Garvin. “It’s a reflex, and that is why people have these nice, calming, relaxing experiences, floating in the dark.”

Isolation tanks have been around since the 1950s and have been used by scientists, seekers, stoners, and even athletes hoping to improve their performance. Embraced by new agey types in the ’70s and ’80s, deprivation tanks made the big screen in the 1980 film “Altered States,” in which William Hurt stars as a psychology professor who experiments with floatation and hallucinogenic drugs. The movie didn’t exactly boost floating’s popularity.

But trends do reemerge, generally on the West Coast. After seeing the rise of floating out there, Garvin saw an opportunity in Boston. Trained as a massage therapist, she and her husband chose their hometown of Somerville for Float because of its willingness to support new businesses. Besides Float, a few spas, like Balans Organic Spa on Newbury Street, offer floating options as well. The New England Patriots are said to have sensory deprivation tanks in their locker room, according to Vogue magazine.

As for who floats in tanks, Garvin says, it’s a “real cross-section.”

“People as young as 9 or 10 years old coming with their parents for anxiety. We’ve had people in their 80s,” she says. “We had somebody who wanted to celebrate her 77th birthday in the float tank.”

Many people come to Float hoping to deal with health issues, with anxiety and depression topping the list. Others have chronic pain conditions like fibromyalgia.

“They have said that the time in the tank is the only time that is pain free for them, and that’s a huge gift,” says Garvin. “And their pain levels are less over the next few days.”

And then there are those who are chasing the so-called “theta state,” a brain wave period similar to the moment you’re about to fall asleep, yet are technically awake. It’s a status many floaters attribute to attaining higher levels of consciousness, and periods of increased creativity.

After they step out of the tank, guests are encouraged to take a seat and doodle about their session in a community sketchbook. Flip through the pages and you’ll see everything from stanzas of poetry to drawings of pizza. But visions of Domino’s Pizza aren’t the most unusual side effect of floating. Some floaters experience hallucinations while they’re in the tank.

“When the brain gets to a point where it’s so relaxed and clear, it may start to occupy itself,” says Garvin. “You can see colors and shapes, because if your brain doesn’t have any sounds or visuals, it will start to entertain you.”

But don’t simply chalk up floating to a silly trend. Garvin suggests that floatation therapy is part of a bigger picture, where wellness plays a vital role in one’s quality of life.

“There’s been a growing awareness that it’s not enough simply to be not unwell, but there’s a whole other realm,” says Garvin. “You can optimize your health, your well-being, and do things that are actively good for you as opposed to just staving off disease.”

Megan Johnson can be reached at megansarahjohnson@gmail.com.

via: The Boston Globe – lifestyle