Blog » Why Float Tanks May Be the Perfect Temporary Escape For Working Moms
Posted on August 30, 2018
Tweet 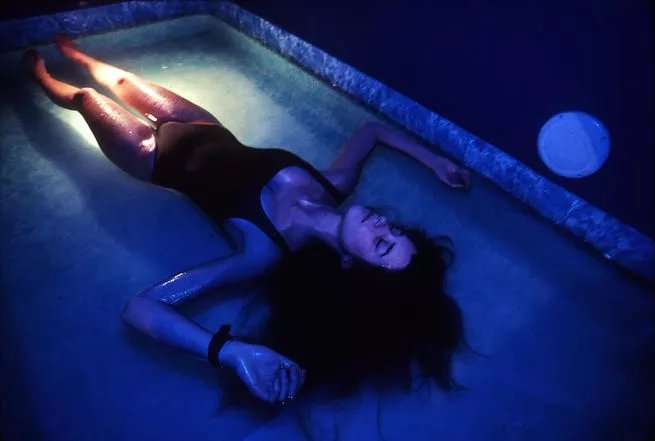 As life gets more intense, working moms are looking for something to take them away, if just for a little while.

Teresa McAlpine struggled with sleep issues for years. At night, she would lie down tired from the day but have trouble nodding off. Thoughts racing, she would focus on work, parenting, life. Her chronic back and neck pain didn’t help, either.

“I have a brain that doesn’t shut off. I lie down, and my brain starts focusing on all this stuff that I can’t get it to stop thinking about,” says the busy financial adviser and mother of two in Sheboygan, WI. “It got to a point where I couldn’t focus during the day, and I was irritable. Doing homework with my 9-year-old, I would be frustrated when she wouldn’t get a concept. I tried yoga; I meditated. I had massages, cupping and chiropractic, but nothing seemed to quell my chronic anxiety.”

This past fall, Teresa went to a local Women in Management networking group where she heard a speaker discuss float therapy and how it changed her life. The woman described climbing into a clam-shell-shaped chamber and floating in a dark, quiet pool, feeling her mind shut off completely.

At the time, the closest float center was several hours away from Teresa, so she dismissed trying it out. This January, however, a new center popped up in her town, so she signed up for a package: 10 floats to be used over a six-month period.

It was hard to settle down during the first 30 minutes of her maiden 90-minute float. “I kept thinking: Can I touch the wall? Can I touch the bottom? Will the salt get in my mouth and eyes? But after 45 minutes, something miraculous happened: “My neck and back and hands didn’t hurt, my eye wasn’t twitching, and I wasn’t processing an endless stream of thoughts in my head.” She slept really well that night, and the effects lingered for several weeks, she says. Floating has also helped her manage pain. Recently, she was in a car accident that totaled her car. Floating has helped her heal mentally and physically, she says.

Modern float therapy—sometimes referred to as restricted environmental stimulation therapy (REST)—has been around since the 1950s when neuroscientist John C. Lilly submerged people in large water-filled tanks to see if isolation could help them attain a deep rest. (It did.) During the earliest experiments, he covered the study participants’ heads with latex masks, giving them a small straw from which to breathe.

Float therapy has changed quite a bit since then—and lost the scary headgear. According to the 2017 State of the Float Industry report, there were 193 float centers open by mid-2017, with another 250 expected to open within two years. The practice has been written up in The New York Times and GQ, and celebs such as comedian Kristen Wiig and model Elle Macpherson are devotees. Unlike the swimming-pool-like float tanks of yesteryear, today’s tanks look like pods or small rectangular boxes devoid of light and sound. Enthusiasts get into their tanks alone and lie on their backs in about 8 to 12 inches of body-temperature water with enough Epsom salt (between 25 and 30 percent) added to create buoyancy. With nearly 1 in 5 Americans experiencing anxiety, and depression listed as the leading cause of disability, it’s no wonder float tanks are catching on.

Once inside, the entire head and body float gently above the tank, a feeling Stacy Walsh, a small-business owner in San Diego, says helps her to relax immediately. “It completely calms me down,” says Stacy, who first tried floating as a way to banish anxiety about an upcoming cataract surgery. “When you’re in the tank, you don’t even feel like you’re in water. It’s like you’re in a very deep sleep state floating in nothingness.”

So far, insurance doesn’t cover floating, although there are some float centers that mix floating with massage, which means you might be able to use your health savings account to fund your float habit.

Floating-related research is still in its infancy, but a few studies suggest proponents might be on to something. A February 2018 study published in the PLOS Journal found that a mere one-hour float led to signifiant reductions in anxiety, stress, muscle tension, pain and depression, in addition to increases in…continue reading

Floatation Locations - Now With Built In Reviews For Your Listings 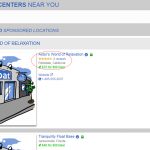 The short version is - on Monday the 26th, customers will be able to leave reviews for your business on FloatationLocations.com, improving the social power and authority of your listing with us. Continue reading →