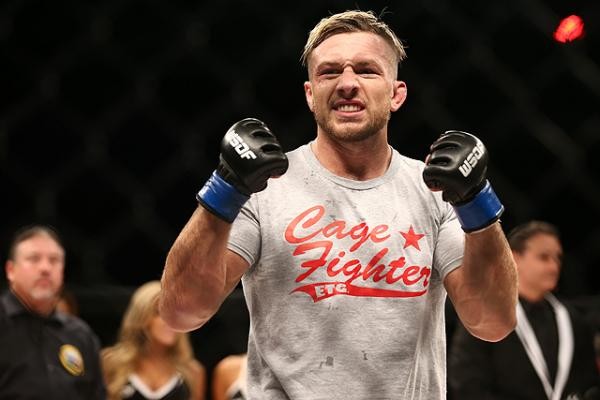 In 1938, Swiss chemist Albert Hofmann first synthesized lysergic acid diethylamide, commonly known as LSD. In 1954, a guy by the name of John Lilly invented an isolation tank that was used for sensory deprivation to test the effects of psychoactive agents, primarily LSD.

An isolation tank is a chamber filled with salt water that blocks out light and sound, and it also prevents ambient motion. Lilly was trying to isolate the human mind from external stimuli to truly test the effects of LSD on the human brain. That was a decade before the infamous Electric Kool-Aid Acid Tests of the mid-to-late ’60s. That was one hell of a trip.

Today, isolation tanks are used for more therapeutic purposes. These mechanisms have been discovered to reduce cortisol levels in the body, which brings down stress and pain levels, while increasing recovery times. If there are any human bodies that can benefit from this level of therapy, it’s those of mixed martial artists. 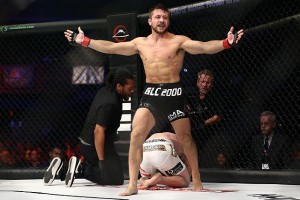 World Series of Fighting featherweight champion Lance Palmer knows a thing or two about the need to recover. The four-time NCAA Division I All-American wrestler has been a competitive athlete for most of his life. Wrestling, like MMA, is a sport in which recovery is crucial and stress can be high.

“I do flotation therapy once or twice a week, which is the isolation Epsom-salt tank,” Palmer told Combat Press. “It helps me recover outside of training. It’s a great way to relax and just set your mind free. That’s been one of the biggest keys to relaxation in my fight camps.”

Most fighters are so amped up during fight camps that they do not realize the toll they are taking on both body and mind. Cortisol, which is the stress hormone, can have adverse effects on recovery and weight loss, both of which are keys to a successful fight camp.

Isolation tanks are just one tool in the belt that Palmer recently won at WSOF 16 back in December. The former wrestler is a member of Team Alpha Male in Sacramento, Calif., so he trains under great coaches, and his training partners are some of the best fighters in the world. Palmer’s WSOF featherweight title was the second current major title that was brought back to Sac-town. He attributes the championship win to the rounding out of his MMA skills at Alpha Male.

“Letting go with my hands and just opening up and using all of the things I’ve learned over these past four years,” said Palmer. “I threw a lot of punches. I was in and out. I was able to defend a lot of his punches and kind of keep him off of his game. I was able to get some takedowns [and] work my ground-and-pound, and it was a complete MMA performance for me. I was able to use everything and get the submission at the end.”

While utilizing his technique was part of it, there is another underlying force that Palmer knows is crucial to being a world champion.

“Confidence is key,” said the former All-American. “You can have all the skills in the world, but if you don’t have confidence, it holds you back. It’s been building and building [in me] over the last few years. Learning a brand new sport, after wrestling my whole life, I realized this is what I need to do, and this is only the beginning of what I can do. It’s only going to go up from there.”

In 2013, another arrow dropped into his quiver in the form of UFC veteran Duane “Bang” Ludwig. During his short tenure as the head coach of Team Alpha Male for 2013 and part of 2014, Ludwig made a huge impact in the lives of all of the Alpha Male fighters. Ever since Ludwig moved back to his hometown of Denver to open his own gym, the Alpha Male guys have been making trips out to train with their former head coach.

“I went out to Denver for Duane’s grand opening in January, and then I went again in March for a week with T.J. Dillashaw, Danny Castillo, Joseph Benavidez and those guys,” explained the champ. “I went out two different times for work, and they both went great. It’s definitely something that a lot of us are going to keep implementing to our fight camps, or even outside fight camps just to get out of the same grind and being in the same place — and Denver is an awesome place.”

While Denver was fun times, Palmer’s last win was an absolute war. He took on incumbent champ Rick Glenn to finish out the year, and they battled all the way into the third round.

“Every fighter is a little different,” Palmer said. “Rick Glenn was a tough opponent. He was the toughest opponent yet that I have had to train for. All the tools of the trade he has, you know — all the fights he’s had, the win streak he was on, and his perseverance in his fights. He’s been down early in a lot of fights, and he’s fought off submissions, and he’s been able to come back and get TKOs. I knew he was tough, I knew I had to break him down, and in the third round, I was able to sink in the rear-naked [choke].”

Glenn is a very tough guy, and Palmer’s next opponent is no different. Friday night at WSOF 21, Palmer will face young vet Chris Horodecki. The Canadian fighter is 27 years old, holds a 21-5-1 record as a pro, and trained under the late Shawn Tompkins. He is a well-rounded fighter who has won in all possible fashions. 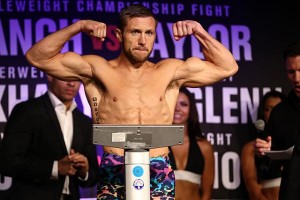 “With Horodecki, I’ve just been training to put on the best performance,” admitted Palmer. “I just need to go out there and keep performing at what I’m best at, and I want to open up and show off all of my tools.

“In my honest opinion, I’ve put in more work than him to keep this belt. It doesn’t matter how long he’s been around or who he’s been training with, I’ve trained with better people and I am better all over. So, everybody says he comes from a striking gym, but my striking has gotten 10 times better each fight, and it continues to get better. People who saw me last fight, this will be a different fighter this fight.”

Palmer has a champion mindset as he looks to retain his belt at WSOF 21 tomorrow night. He’s got his eyes on the prize, and he is looking to continue his successful career with WSOF into the immediate future. After this one, he will definitely be ready for a swim in the isolation tank. Then, it’s back to training.

“I’m looking to fight twice. I re-signed [to] a four-fight deal with WSOF that I’m happy with, so this will be my first fight on my new contract. This year, I’m looking to go out there and defend that belt twice and enjoy my time outside of training, but also continue to stay in the gym and help my teammates get ready for their fights.”