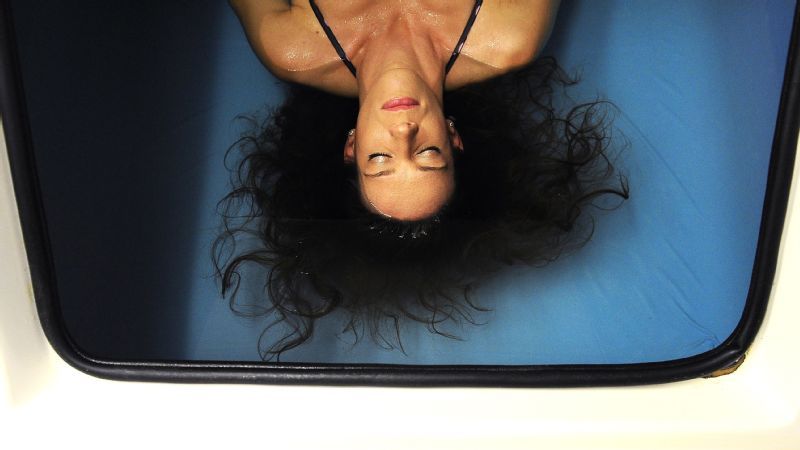 I get really nervous before my rec league soccer games. I play goalkeeper and like many athletes (using the term loosely here), I put way too much pressure on myself. The day of a match, I start feeling more and more anxious as it gets closer to game time — a feeling that starts in the pit of my stomach and rises, occasionally, to full-blown dizzy spells. I have my pregame rituals, and then poof, as soon as the first whistle blows, I’m in the zone.

I’d been hearing about sensory deprivation float tanks for a while, how they’re used as tools of relaxation by athletes, creative types and people with serious illnesses. I like meditation and I’m into natural ways to reduce anxiety, so I thought I’d give it a shot. If it can work for professionals, maybe it could work for this rec league goalkeeper, too.

What is floating?
The isolation tank was developed in 1954, in an attempt to research what might happen to the brain if you removed all external stimuli. In the 1970s, Peter Suedfeld and Roderick Borrie began to explore the tanks for potential therapeutic benefits, using hundreds of pounds of Epsom salts to help subjects float on top of the water. A study in the late 1990s found that more than 90 percent of those who tried sensory deprivation float tanks experienced feelings of relaxation; a 2014 study published found that 12 45-minute float sessions over seven weeks reduced stress, depression and anxiety. 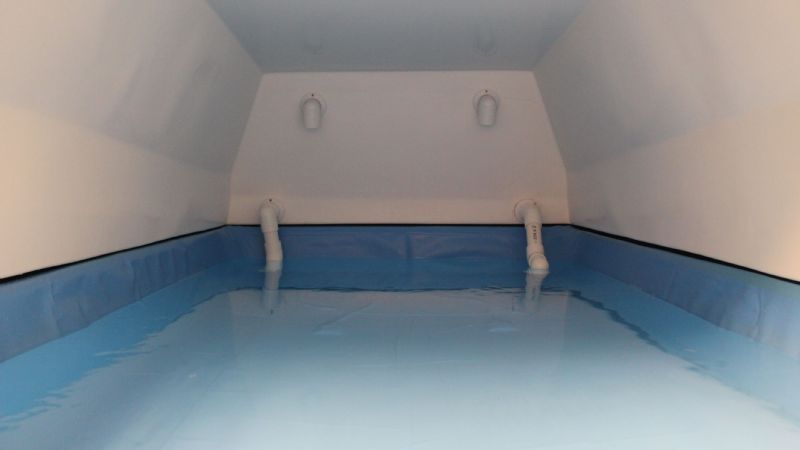 Courtesy of Healing Waters Float Studio
Abbie Mood says the first float tank she tried reminded her of a refrigerator.

Fees and gear
A float session is typically 60-90 minutes long and costs between $45 and $90. You don’t need to bring anything with you, except maybe something to drink after (many studios offer water). When you first get there, you will have to sign a waiver, but beyond that, you just show up and the attendant will tell you everything you need to know and answer any questions you might have.

I found the first studio through a report on my local news station, but just searched Google to find the second one.

Preparing to float
To be honest, seeing the tank for the first time may actually increase your anxiety about the process. I’ve been floating twice, the first time in a rectangular tank that reminded me of a refrigerator and the second in a “tranquility tank” that reminded me of something from a sci-fi movie. The tanks are 8 to 9 feet long and about 5 feet wide (depending on the model), and inside each tank there is about 10 inches of skin-temperature water (about 93.5-95 degrees Fahrenheit) with 800-1,000 pounds of Epsom salts. Don’t worry — in between each session the water is drained and the tank is cleaned, typically with hydrogen peroxide. The water that comes in for the next float client goes through an extensive filtration process, making it cleaner than the water you typically shower with.

Every float center does things a little differently. The first place I went to had you start by laying down on a slightly inverted table and listen to binaural beats for 20 minutes before going in the tank. You could choose beats based on what you were hoping to achieve from the session — Zen meditation, creative flow, etc. Regardless of the center, the room will have the tank, a shower and a bench or hook to hang your clothes. (There likely won’t be a bathroom in the room, so make sure you go ahead of time!)

Lisa Lopez, the owner of Healing Waters Float Studio in Northglenn, Colorado (which was also where I did my first float), said doing the inversion before the tank “helps the body and brain prepare for anti-gravity and complete sensory deprivation and with the extra blood flow containing oxygen and nutrient. It helps people go much deeper, much faster inside the chamber.”

Lopez emails her clients a video that explains the process to first-time floaters, which answered a lot of my initial questions.

When I was ready to get into the tank, I rinsed off in the shower in my room and wiped my face with a towel first, just to make sure no salty water dripped down in my eyes once I got in the tank. Most tanks have a spray bottle with fresh water either inside or sitting on top, so if you get salt water in your eyes, you can rinse it out right away. I decided to go completely naked, so I carefully stepped in and closed the door behind me. It was easy to get into a floating position (though you can sit up anytime you want), but it took some time for my neck to relax. Although it may feel like you are about to go under, you won’t sink, and you can’t roll over in the water because there is so much salt. I put my hands behind my head to support it at first, then gradually moved them away.

What it’s like
At first, it just felt just like floating — I even tapped into the side of the tank a few times (though barely). Eventually, I came to feel completely supported, comfortable and at ease. I didn’t notice a smell, but have read other people’s descriptions of slight “locker room” smells during their experiences…Continue Reading