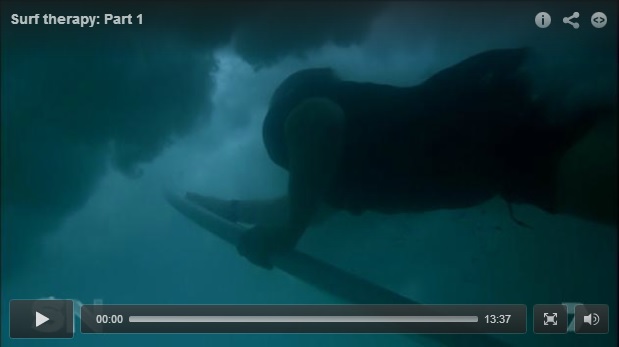 After returning from Afghanistan where he watched his friend killed, James Milliss suffered crippling side effects of his exposure to trauma. His marriage was suffering, his autistic son was too much for him to handle.

Incredibly, it wasn’t medication of extensive therapy that put his family together. It was the ocean.

Surf therapy is being used to help mend broken soldiers returning from war zones with crippling PTSD as well as children suffering conditions like attention-deficit hyperactivity disorder and autism. 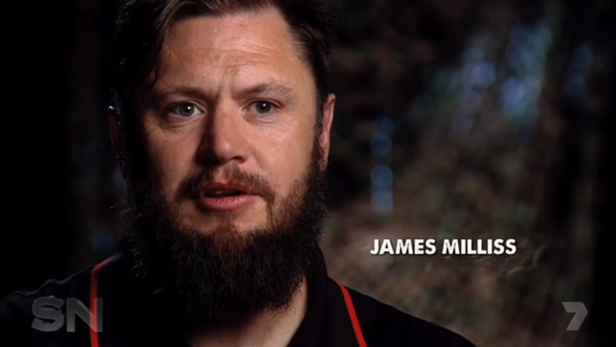 It is a phenomenon not fully understood by science but the latest research is aimed at understanding why spending time in the surf is bringing profound relief without the side effects of drugs.

Digger James Milliss is haunted by the night an IED ripped apart his platoon while on a covert mission.

“At 12 past 1 that morning Michael Fussell was killed by an IED blast,” James said 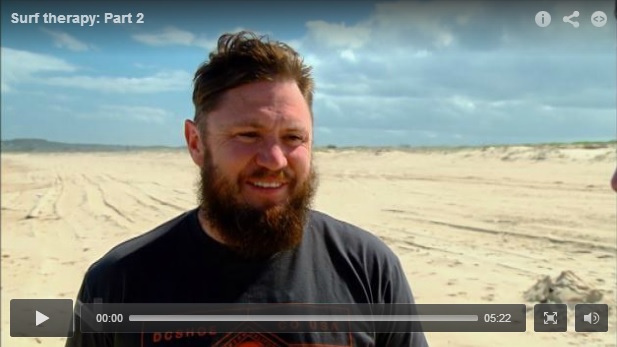 “He had some highly sensitive gear with him. The ability to talk to aircraft and so on, so we just did our job, it was just, our job was to get all that equipment off Mick and account for it and, you know, place him into a body bag.”

He returned to Australia in 2009, but life wasn’t the same.

“I was mountain biking in the bush by myself um just enjoying being out by myself, exercising, and I heard a song come on which started with like machine gun fire, and before I knew it I’d dumped the mountain bike and I’d crawled up behind a tree.”

“Is the next corner you walk around going to have a guy with an AK-47 pointed at you?”

He and wife Emma had two children but their oldest Johnny was diagnosed with Autism at age two.

“It didn’t help, I would just disappear to cope with it, you know.”

“Here’s the noise, here’s the struggles, and I’d just leave Emma with it, I would just disappear surfing.”

James’ surfing had become an obsession, but it was one that also helped his son.

“I didn’t realise it at the time, but I was self-medicating.”

After a few trips to the beach with Johnny he realised his son was also reaping the benefits.

“You see his smile. Whether he gets up, whether he rides it all the way in, whether he forgets to stand up it’s just this massive grin”

Clinical neuro psychologsist Justin Feinstein is attempting to reverse the symptoms of crippling anxiety disorders based on this theory, using only a sensory deprivation — or floating — tank.

“You cannot even imagine the pain and the suffering that somebody who’s been indelibly changed by a trauma has to endure. I would say that you know for them they can no longer have a moment of peace.”

“And what we’re finding is the emotional circuitry of the brain seems to be in a state of perpetual fear and anxiety.”

Dr Justin Feinstein is at the forefront of surf therapy research

In a sensory deprivation tank the room is vibration and soundproof and the pool is filled with warm salt water for floatation.

“What we’re finding is it allows the brain to get a much needed respite from reality it disconnects from all of the things out here and really reconnects to what’s happening inside your body and for people in a perpetual state of stress,” Dr Feinstein said.

“Any activity that will bring you out of that mind chatter and bring you back to the present moment is going to profoundly affect you.”

Reporter Denham Hitchcock was the subject of a world-first experiment to measure brain waves while surfing using a device attached to his forehead to demonstrate the changes that occur while in the ocean. 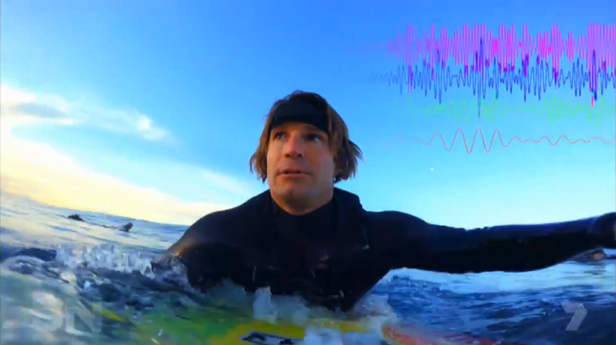 Denham with the ‘brain station’ during a surf session

The device monitors the four key brain wave patterns: Gamma, Beta, Alpha and Theta. During times of stress and anxiety, Gamma and Beta take over, but when we relax or meditate Alpha and Theta become stronger.

“An area of the brain known as the Amygdala seems to be hyperactive functioning in a much more heightened manner than in you or I,” Dr Feinstein reported.

“What we’re seeing here are clear indications of very profound relaxation responses happening in your brain even in the midst of a surf session, and especially after the surf session is over.” 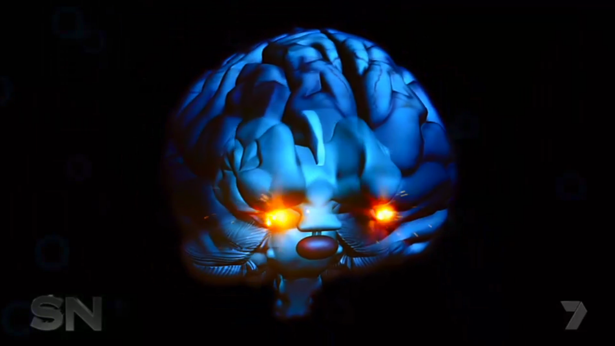 The amygdala is affected in people suffering PTSD

Eleven-time world surfing champion Kelly Slater is an ambassador for surfing therapy and he reveals why he also believes the power the ocean can be harnessed to conquer many ills.

He has dedicated his time to helping US veterans by using surf therapy.

“Surfing was kind of my solace, it was the thing that made me the happiest,” Kelly said.

“To have someone tell you this is changing my life, that’s pretty awesome.”

If you or someone you now is suffering from mental health problems, Lifeline can help.