Stressed? Entrepreneurs are ready to help you float your troubles away

Stressed? Entrepreneurs are ready to help you float your troubles away

Blog » Stressed? Entrepreneurs are ready to help you float your troubles away
Posted on July 29, 2015
Tweet 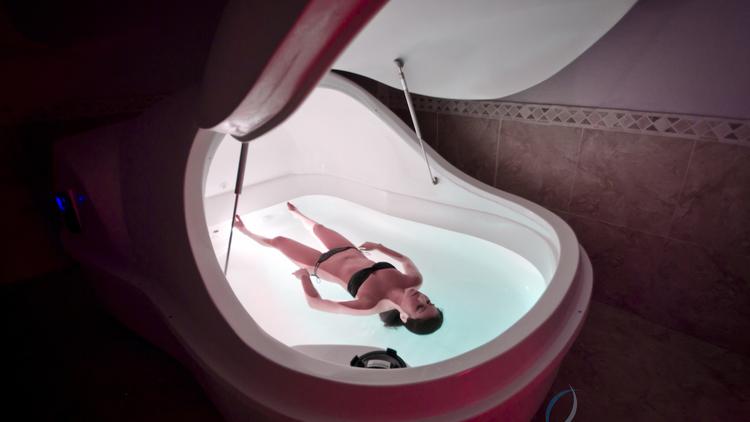 Earlier this year, the Business Journal told you about True Rest Float Spa in Roseville, which encourages customers to relax by floating in a special solution of water that includes about 1,000 pounds of Epsom salt.

If you’re confused, get used to it. This method of relaxation isn’t going away, at least for now. In January, one of the owners of True Rest in Roseville said he’d eventually like to open additional locations. There’s at least one other floatation therapy business open in the region: Internal Wisdom in Folsom.

Others are on the way. There’s a Twitter account for Capitol Floats, a Sacramento float-tank studio that’s in the works. And The Floatery, another local business, is expected to open next year.

“I went once and I was hooked. I’m hooked on the euphoric sense of peace that you have when you leave,” Ashley Horan, a co-founder of The Floatery, said while describing floatation therapy.

Horan is looking for an approximately 2,100-square-foot space for the business, focusing on Curtis Park and Land Park. She’s an entrepreneur who advanced in this year’s Calling All Dreamers retail business plan competition by pitching a separate idea, a 3D photography studio.

Horan hasn’t completely abandoned that idea, but calls floatation therapy her “true calling.” She’s drawn to the potential benefits of floating, which proponents say range from physical pain relief to emotional healing. At The Floatery, Horan plans to include a float room designed for people with disabilities.

Floatation therapy uses a pool of water that’s not nearly as deep as your backyard pool. The “pods” at True Rest use just 10 inches of water. And to calm fears about cleanliness — and water conservation — Horan said she plans to have an elaborate sanitation process at The Floatery so water can be reused.

The term “sensory deprivation” is applied often floatation therapy, but Horan prefers a less intimidating term: “meditative state of reality.” She plans to encourage customers to let their mind and body take a vacation.

Horan said she’ll separate The Floatery from similar businesses by focusing on “float rooms,” which let customers float in a bigger space than the commonly used float pods that Mashable called“adult-sized wombs.”

Floatation therapy sessions generally last about an hour and cost at least $50, sometimes more. Horan plans to charge $50 for a 90-minute session.

It’s not exactly a new idea. Floatation therapy had surge of popularity in the late 1970s, “but the practice waned in the late 1980s as the HIV/AIDS epidemic hit the U.S.,” the Associated Press reported in June. But that’s changing, perhaps due to heightened acceptance of alternative healing methods.
“Sacramento’s more progressive. These centers are opening in more progressive places,” Horan said.