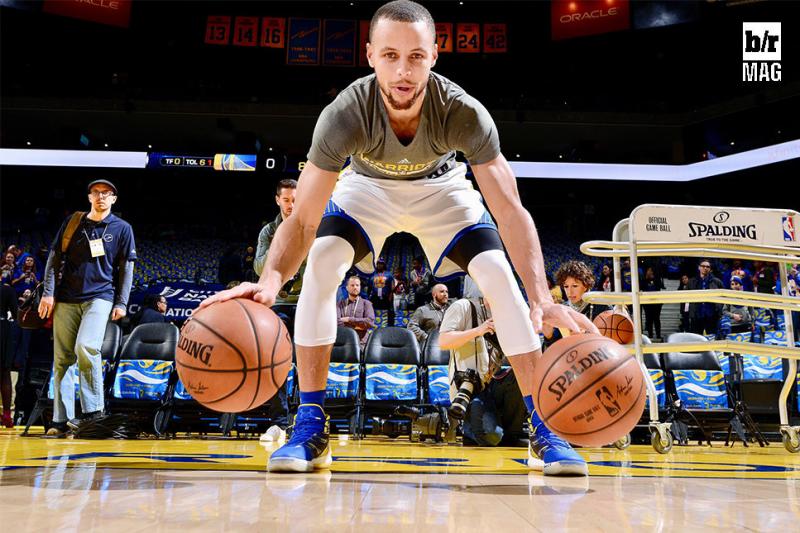 Steph Curry dribbles a basketball with one hand and with his other tosses a tennis ball back and forth with his trainer. This is just one in a long series of his typical, elaborate dribbling drills—only he’s also wearing some sort of goggles, the lenses of which seem to be flashing black. Curry uses them through all kinds of different drills; they’re a favorite tool for his trainer, Brandon Payne, who says that the goggles are one of the biggest reasons why Curry smashed the three-point record and became the first unanimous league MVP in history. 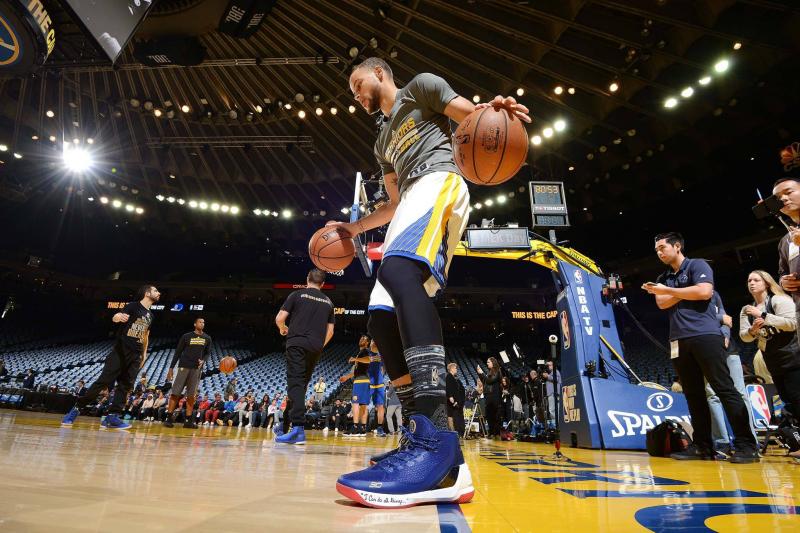 Stephen Curry of the Golden State Warriors warms up before a game against the Cleveland Cavaliers on January 16, 2017 at ORACLE Arena in Oakland, California.(Getty Images)

The goggles, however, are just an aspect of a greater philosophy that drives Curry and Payne’s training. Curry began working out with Payne in 2011 during the NBA lockout, driving an hour south of his home in Charlotte to Fort Mill, South Carolina, and Payne’s bland-looking warehouse, home to his private coaching business, Accelerate Basketball. It was here that Steph Curry started to become STEPH CURRY. Now Curry flies Payne to Oakland all the time so they can work out; Payne spends weeks if not months on the road with him. And all of this is because, in addition to his savvy strength training and physical conditioning, Payne is one of pro basketball’s foremost experts in what he calls “neurocognitive efficiency.”

Payne and Curry are a good fit because, the way Payne puts it, “So much of it comes down to the intelligence level of the player. You have to have players who can look past the drill, who can understand the multiple layers of benefit that each drill gives them. And Steph is that kind of guy.”

Curry is even better than Payne imagined, because he is uniquely intelligent, curious and unafraid to (a) ask questions, and (b) try new things.

And man, has he tried things. Three of his primary experiments are the goggles, a high-tech training tool used during shooting and agility drills called FITLIGHT and a sensory deprivation chamber.

The goggles came to Curry from Sensory Performance Technology, and were called the Eclipse. They are an updated version of the Nike SPARQ Vapor Strobes—Nike discontinued the product a few years ago. One of the main guys working on their development was Herb Yoo, Nike’s director of innovation. When Nike shut SPARQ down, he left and started a new company, Senaptec, to build more of the same. He has a saying: The eyes are the window to the brain. And his whole idea is to build better vision by building a stronger brain. Yoo says, “You may have heard coaches, or analysts in the media, say, ‘Oh, that athlete has great vision.’ But what does that really mean? They don’t know. They’re using the term vision as this umbrella term. But…better athletes have better visual skills.”

Like Curry, let’s look past the surface down to the multiple layers of it all. Great vision comes down to astonishing science: We experience our five senses because of specialized cells throughout our body called sensory receptors, which transmit everything you feel, hear, smell, taste and…Continue Reading