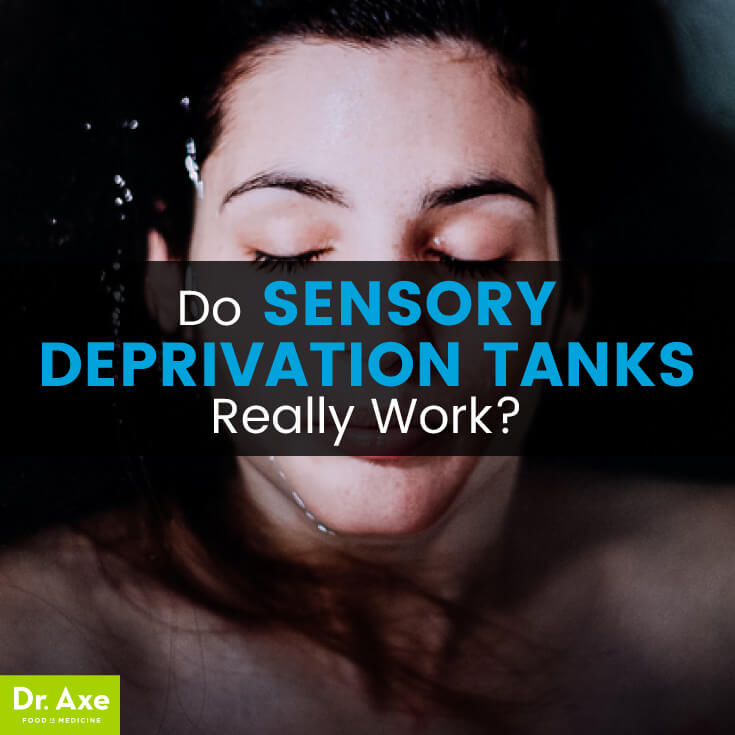 Whether referred to as sensory deprivation tanks, float tanks or simply “floating,” deprivation therapy treatments diminish nearly all sights, sounds, smells and touch, earning a reputation for naturally easing many ailments. Floaters report sensory deprivation tank benefits include insomnia cures and relief from chronic pain, anxiety, depression and even addiction. Perhaps the beauty in all of this is that these reported benefits are possible without a doctor’s visit, breaking a sweat or filling any prescriptions.

What does floating in a deprivation tank do — or feel like? Proponents of floating told the The New York Times that a session can make you practically feel like an astronaut, saying “it’s something you can never experience otherwise.” (1) Sensory deprivation tank float centers are popping up all over the United States and Europe, especially in urban areas where the demand for holistic healing surges. According to annual official Float Tank Industry reports, the U.S. was home to more than 300 float centers in 2015, up from about 85 in 2011.

Although the benefits of float tanks only recently garnered lots of buzz, they’ve actually been around since the 1950s and used in Europe on-and-off since the 70s. (2) At the time of sensory deprivation tank creation, psychoanalytic researchers and neuroscientists used the tanks mainly to test effects on things like creativity, connection to others and concentration.

Some report that float tanks can actually bring about a “psychedelic experience.” Over the last few decades, esoteric communities promote floating as a way to promote “spiritual awakeness,” emotional breakthroughs and enhanced clarity of mind. While these benefits are difficult to prove, recent research published in the Journal of Complimentary & Behavioral Medicine now suggests that sensory deprivation may actually work by reducing the body’s stress response, inducing deep relaxation and quieting mental chatter. (3) A slew of research is now showing that “floatation therapy” is an effective, noninvasive method for treating stress-related illnesses and pain, more so than a placebo or even many other methods currently used in complementary medicine.

What Is a Sensory Deprivation Tank?

Sensory deprivation is achieved through floating in a type of isolation tank that cuts off all sources of sensory experience: sound, sight, smell and touch. Another way floating is referred to in research studies is “Restricted Environmental Stimulation Technique,” or floating-REST.

Float tanks that are used for inducing sensory deprivation are filled with water that is almost the exact same temperature as the floater’s body, along with high amounts of Epsom salt (made from magnesium sulphate). The salts allow you to remain restfully floating at the water’s surface in complete silence and stillness. During the entire session, floaters generally feel light and peaceful, without needing to exert any effort to stay afloat.

As you’ll learn below, flotation-REST’s positive effects impact physiology, including lowering levels of cortisol, lowering blood pressure and promoting positive feelings of well-being. Studies show that increased mindfulness and decreased stress during float session reduce markers of bodily distress syndrome (BDS). Researchers often use the term “BDS” to describe negative physiological changes that take place when someone is under a lot of stress. These BDS signs are now tied to things like fibromyalgia symptoms, chronic fatigue syndrome and somatization disorder. (4)

How Does a Sensory Deprivation Tank Work?

Sensory deprivation tanks help induce a deep state of relaxation (also called a “relaxation response” or RR) by turning down the body’s “fight or flight” stress response. Evoking a natural relaxation response is considered an effective remedy for stress-related symptoms because it activates the parasympathetic nervous system, while at the same time decreasing activity of the sympathetic nervous system. Essentially, floating helps lower cortisol levels and calm the nervous system, bringing the immune and hormonal systems back into balance.

In stressful or busy situations, we’re best able to induce a relaxation response by decreasing sensory input and bodily movements as much as possible. During a floating session, nearly all incoming stimuli and sensations are reduced or completely eliminated. There is no music playing, no guided meditation or directions and nothing else to hear besides your own breath. There are no lights — tanks are kept very dark. Floaters don’t even feel water on the skin because it’s heated to nearly exact skin temperature. Time in a sensory deprivation tank is similar to solo or guided meditation in that the mind tends to become very peaceful, allowing stress to melt away..continue reading…