SIOUX FALLS, S.D. – Ever look out the window of a plane and think about just floating in the clouds?
Well there is a way to get the feeling of that experience right here in Sioux Falls through meditation.
Escape Float Spa recently opened its doors in June this year.
It is a spa that provides a place to do sensory deprivation mediation and is the first of its kind in the city.

The way it works it people get into an isolation tank that is really like an over sized bathtub, filled with warm salt water.
The salinity is high enough that it causes your body to be extremely buoyant. 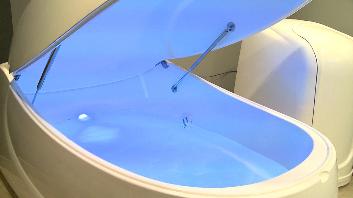 Escape float spa provides one hour meditation sessions.
Co-owner Korey Kyle told me, people don’t normally get opportunities to meditate for as long or as deeply as they do when they use the pods.
He says it helps increase happiness and reduce anxiety and depression.

Both the owners are from Sioux Falls. They attended Roosevelt High School and graduated from South East Technical institute.