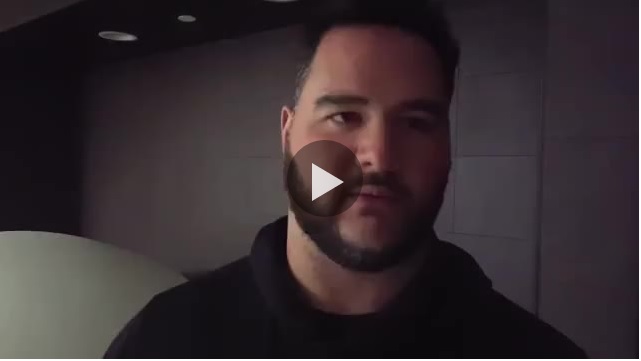 What looked to be a giant white egg in a corner of a room in Ohio State’s Woody Hayes Athletic Center cracked open the other morning, a soft-blue light shining forth before linebacker Craig Fada arose from within and stepped out.

He had just spent 30 minutes in the sensory-deprivation device, a tub whose shallow pool of water contains about 35 percent Epsom salt, allowing one to float effortlessly.

“It gives you the sense of relaxation that you can’t get anywhere besides here,” Fada said. “When you step out, you feel healed, rejuvenated and energized.”

It’s not new technology, but its implementation is relatively new in sports. Houston Texans defensive lineman J.J. Watt likes it so much that he reportedly has a flotation tank in his home, and the Golden State Warriors’ Stephen Curry also uses a tank. The Ohio State football team got into it, assistant strength and conditioning coordinator Phil Matusz said, through a technology consortium with researchers at Wright-Patterson Air Force Base near Dayton.

“We knew this was something the Buckeyes would be very, very interested in, in terms of helping us prepare and recover for that next training session, for that next practice or for that next game,” Matusz said.

Coach Urban Meyer and football performance director Mickey Marotti try to be near the cutting edge in terms of the players’ welfare, Meyer said, and “Mick has taken this game to the next level.”

Two years ago, the program began employing a data-gathering sensor system that helped strength and conditioning staff members and trainers learn what stresses the players experience in daily workouts. And OSU also has worked to prevent head injuries in recent years with…continue reading…