Nudity, hallucinations and relaxation: My dip into an isolation tank

Nudity, hallucinations and relaxation: My dip into an isolation tank

Blog » Nudity, hallucinations and relaxation: My dip into an isolation tank
Posted on December 11, 2015
Tweet 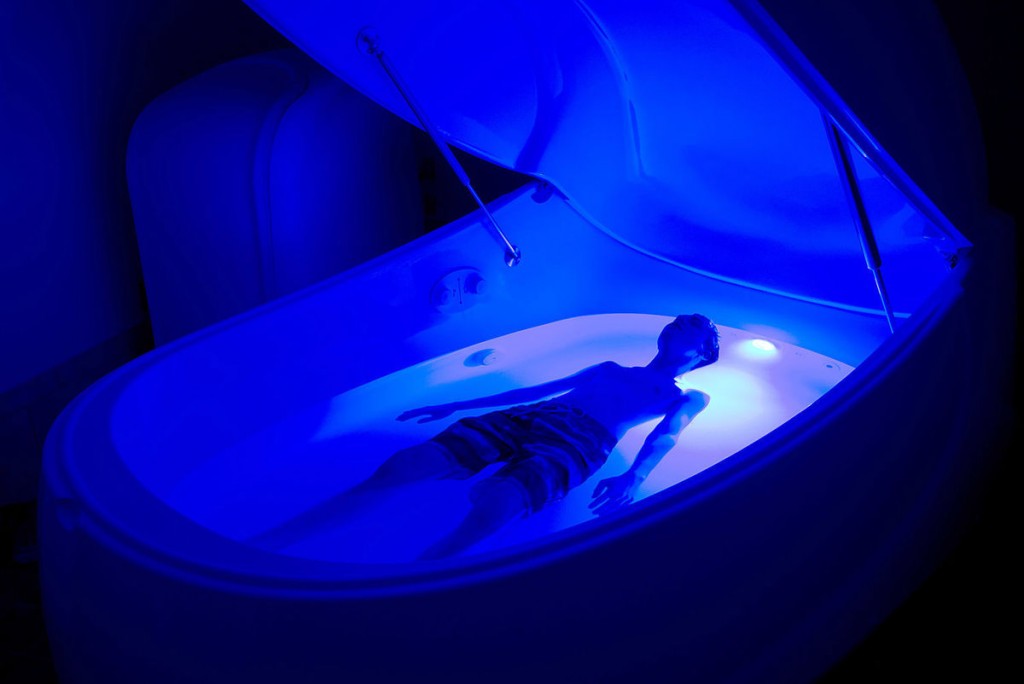 You’d think it would be a nightmare for anyone claustrophobic.

I was shut in a chamber — what pessimists might describe as roomier version of a coffin — floating naked in 10 inches of Epsom salt-ladened water, in complete inky darkness. I couldn’t see or feel my hands. But slowly, my body felt as though I were melting away into a space much more grand than the one in which I was enclosed.

Far from frightening, this experience is actually a health practice, one that has acquired various names over the years — sensory deprivation chamber, an isolation pod, a float tank.

In Hagerstown, Regenerate Floatation Therapy Center, specializing in these “floats,” opened in January. Intrigued by the idea of floating, I went for a visit a few weeks ago.

The idea of isolation

The idea of an isolation tank was developed in the 1950s by neuropsychologist John Cunningham Lilly. The Regenerate website gives some backstory for floaters, explaining that Lilly created the tank in an attempt to find out what keeps the brain going. Would it simply shut down if all external stimuli were removed?

When you sequester yourself in a tank, you’re cut off from all the stimuli that bombard you every day — most of which you don’t even think about — which, turns out, allows your brain to enter a deep, relaxed state. One of the owners of Regenerate, Eric Sarmiento, said the brainwaves you produce while floating are much like those present during deep sleep.

A former martial artist, Sarmiento had floated years back and found himself instantly attracted to the practice. The floats eased his soreness, he said.

The benefits of these floats are numerous, as proponents such as Sarmiento and his wife, Bobbi Cool, claim. The tank can serve as a remedy to aches and pains and erase stress.

When you deprive the brain of its senses, too, it generates its own apparitions to replace what is missing, Sarmiento said.

I went for my float with a co-worker and met Cool, the other owner, at the Regenerate suite, quartered in a building near the heart of historic Hagerstown. Cool had floated throughout her pregnancy, she told me. She carried with her the couple’s infant, to whom I immediately went, cooing.

My co-worker and I had just finished small talk with Sarmiento, signing off on a release that neither one of us were in our third trimesters and that we wouldn’t defecate in the tank.

The couple maintained a Zen-like air about them — which made me feel twitchy, as though I were speaking too fast.

Sarmiento took me back to the tank, one of two at Regenerate, and explained the process: I would strip nude, as recommended, shower off briefly and apply petroleum jelly to any scrapes or sensitive spots on my skin. Two buttons in the tank would control a light and the decibel of the music (Tibetan water bowls, Sarmiento said, very soothing).

After a brief wet, photo shoot with a News-Post photographer, I stripped and entered the tank. The tanks are cleaned with a filter, and the lid is easily lifted up and down; you can leave at anytime.

After I shut myself in, I was immediately struck by how easily I floated on the surface of the water. As someone who has nearly drowned himself attempting to float at pool parties, I marveled at the ease. I had applied putty-like earplugs, so I leaned back completely, spread eagle, and let myself hang on the surface of the water. I hit off the buttons for the lights and music. I wanted a completely natural experience.

As a journalist, before I went to Hagerstown, I’d watched news segments of others attempting the float, some who claimed that they had observed hallucinations of sorts in a dreamlike state. I’ll confess, I was interested in experiencing that. Sarmiento had advised my co-worker and I to abandon expectations and travel down the trail that our mind would take us, even if that ultimately led to work-related stress.

“We need time to think about that,” he had said.

I felt as though I was cheating then, hoping for a hallucination.

I laid back, waiting — was my breath that rattly all the time? I found that with a tilt of my head, I could control the trajectory of my body.

I forgot that I was confined.

I pondered work emails. Was this what I should be thinking about in an isolation tank? I scolded myself. That said, Sarmiento had given permission.

Then shapes and purple colors began to form nondescript shapes above me, similar to those present when you close your eyes in preparation for sleep at night. At one point, I felt like I had settled on a towel and some sort of current was pulling me gently along.

Halfway through, I accidentally brushed my big toe up against the wall of the tank, ruining the illusion. I settled back quickly. At points, I was no longer trapped in my body, which had bled away into the water. It felt a bit embryonic. Shadows formed a hole in the ceiling and I felt as though I was being observed.

It struck me that babies like the couple’s must feel this way, with giant humans staring at them all the time. What an interesting concept, I marveled, and continued to float.

Later, I gained a rush of energy and started planning in my head how I would decorate my house in a nature theme. My counters are a gray granite, so I could add a light blue backsplash that would be like a river. I grew excited. My table legs could be carved with vines! For a moment, it struck me that I should leave the tank and start on this project immediately.

I had lost all sense of time and space when the shadow of a black koi fish was lazily flitting around my head. I knew this fish wasn’t real, but it felt large and comforting.

I was fully startled when the light turned on in the tank, signaling the end of my float. I showered in a haze, and went to fetch my co-worker, who had been floating in another tank.

Sarmiento told me I appeared to have “a post-float” glow, an industry term, he said.

My coworker, on the other hand, was a little freaked out. She had never seen me so calm.

Sarmiento nodded excitedly when I informed him of my fish fantasy, saying few connect with the tank so completely on their first try. I felt an odd sense of accomplishment.

I asked him how much a tank would cost (partially for the desire to purchase one myself). He said the price of a nice, new car.

Regenerate will open a second location in Frederick, Sarmiento said, but the opening date is not yet set.

In the waiting area, I chatted with a man who visits Regenerate regularly. Michael Moreland had suffered from back troubles — disc troubles, in particular — which nothing fixed. He comes weekly now, he said, and during those seven days, his pain disappears.

“Being in there, you lose complete track of time,” he said.

Moreland was right. The whole world is shut away in a corner of your mind during the one-hour float. Even those who are Type A personalities can benefit, I thought on my way out. You just have to learn to shut it out or just talk your stress with yourself. I stepped out onto the street.

The scent of cigarettes hit me hard, an after-effect of the float, I was told, where everything is more distinctive.

Maybe I would start on my house project now.

via: The Frederick News-Post