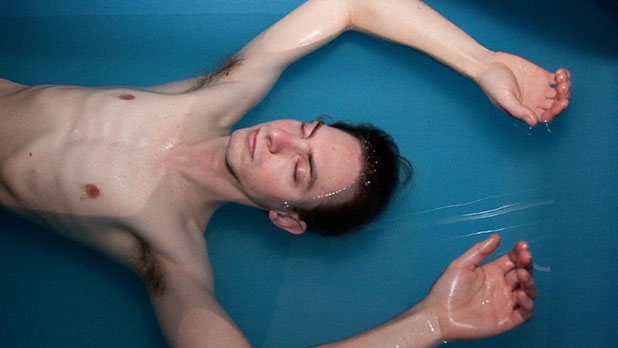 Think of a flotation tank, and you’ll likely picture the scenario in ‘Altered States’. In the 1980 Ken Russell film based on rebel physician and neuropsychologist John C. Lilly’s research into isolation tanks in the fifties and sixties, actor William Hurt devolves into a proto-physical, primordial mass of consciousness, among other extreme results (Lilly famously performed his experiments while under the influence of psychoactive drugs).

Fifty years later, some things have changed. For one thing, the language. Misperceptions surrounding the terms “sensory deprivation” and “isolation” have led to rebranding of the tanks as a type of REST (“restricted environment stimulation technique”), or the even gentler idea of “floating.” Portland, Oregon, an emerging capital of REST’s current iteration, hosted the annual Float Conference of research presentations and workshops this past August, and the city’s Float On center is the largest in the U.S., booking a thousand floats a month in its six tanks.

The audience has changed, too. Not just aging hippies, Float On’s fans (and founders) are mainly of the new breed: Techies and stressed-out city dwellers seeking to get away from their devices while, perhaps, approaching the theta brainwave state usually only achievable after years of deep meditation practice. Tapping into this half-waking, half-dreaming state can come with wide-ranging benefits, as claimed by both scientists and devotees.

According to Dr. Peter Suedfeld, a pioneering REST researcher, flotation tanks have been very promising in tackling “problems involving the autonomic nervous system, such as insomnia, stress symptoms, dysfunctions of the skeleto-muscular system, chronic headache, and the like.” While his work over the years has studied the psychological effects of extreme or highly stressful environments like space, polar stations, prisons, and concentration camps, Suedfeld’s early thinking led to the introduction of the REST acronym and methodology that revealed the many positive applications of the therapy. He maintains, “The negative effects of sensory deprivation had nothing to do with the reduction of stimulation that is the crucial aspect of the method. Rather, they were due to anxiety aroused by procedures used by all early experimenters.”

Yet even today, it can be hard to get around the animal fear of enclosure and the terror of the void. Float On does a pretty good job: Customers can choose between two styles of tank, the traditional, podlike Oasis, which is a bit like climbing into a pitch-black clam full of seawater, or the Ocean, which is more like a walk-in closet (allowing the floater to stand inside) and offers the added comfort of a glowing blue light on the side of the tank, so you’re not immediately plunged into darkness. The water is kept at a skin-receptor-neutral 93.5 degrees, the temperature at which you lose track of where the body ends and the water begins. The 850 pounds of Epsom salt in each tank create an environment of incredible (and strangely joyful) buoyancy, where you no longer have to fight gravity, not to mention the onslaught of sight and sound. A typical float lasts 1.5 hours, with the water filtered three times between each session and sanitized using UV light.

Ongoing clinical and psychological studies of REST float therapy have shown multiple payoffs, such as reducing stress by lowering cortisol levels; managing chronic pain, injury, and illness; fighting addiction and depression; elevating mood; and even improving sports performance. As Ashkahn Jahromi, one of the founders of Float On, says, “We have a lot of athletes coming in to utilize how good the tanks are for rest and recovery. They can actually train their bodies faster and harder using the float tanks.” Due to the lack of stimulus from the outside world, he says, “you have an abundance of resources that your body starts to use for really resting and taking care of yourself physically.” Float On’s founders also suggest that the tanks can be used to generate creative and personal insights (or at least to access images like the “gorillas riding surfboards” one floater saw).
Our recent experience at Float On produced the high of a round of heart-rate-raising yoga followed by the deeply relaxing corpse pose, or savasana – with much less effort (after all, you’re just lying there). This isn’t to say it’s all upside. Your stomach, skimming above the warm water, might be cold for 90 minutes; your neck may ache from the posture forced by your buoyancy; you’ll still spend much of the time processing daily concerns. “The first float is very exploratory,” says Jahromi; he encourages giving it a few tries to really get the hang of it.

In the short term, you’ll likely emerge the same person, i.e., with runner’s knee and no huge mental gains for your normal Candy Crush Saga-playing life. Still, the modern-day float tank – all grown up from the Lilly era – is worth a shot for whatever ails you, or to get wherever you’re hoping to go.

Where to Float:
Centers can be found in most cities, including these options:
Portland:
Float On
The Float Shoppe