Blog » I Lay Down In A Flotation Tank And All I Got Was This Challenging Sense Of Calm
Posted on November 24, 2015
Tweet 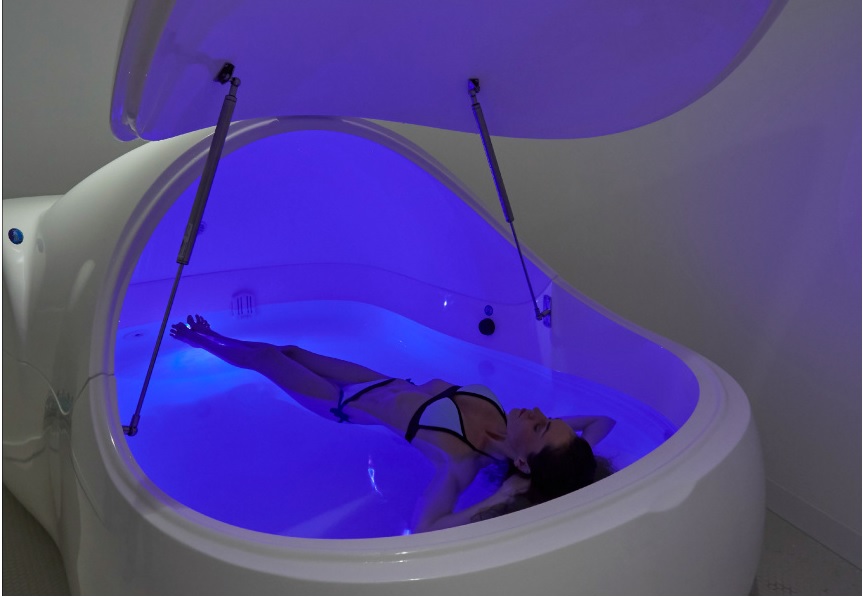 What really happens inside a flotation tank? Marcus Teague bobs for the answer.

Last week I lay nude in the back streets of Prahran.

Actually, I lay nude in a flotation tank in the back streets of Prahran. Specifically, inside the compound of “flotation therapy” experts Beyond Rest. On their website, Beyond Rest say, “floating can be life, performance, mind, emotional, creativity, well being and physically enhancing in its rewards. Floating also increases awareness, connection, clarity, control, and lead to enhancements in spirituality, while reconnecting people with their true selves.”

I’d say, “Beyond Rest provides a pitch-black safehouse to lay in a pool of warm water and lose your mind.” Or at least, a chance to let go of it.

On the day of my booking I was late. Having rushed to my relaxation session, it was a jolt to enter the serene, beautiful space with undulating walls based on the Fibonacci Sequence. I wasn’t aware of this design quirk until Nick Dunin, the barefoot, zen co-founder of Beyond Rest, greeted me on arrival. Like everything he gently told me before and after my float, it sounded like complete sense. Here, in his womb. So to speak.

After a brief introduction, Nick led me around a series of curves and into a large tiled bathroom with a huge white capsule in the middle of it. Not unlike a fancy laundry. Showing me a tub of accessories next to the tank, Nick laid down some ground rules.

I should wear the provided wax ear plugs while I float, as well as use the sachet of Vaseline to cover any abrasions if I have them. The high-concentration of epsom salts in the water may irritate them. When ready I should strip, have a shower and pat dry my face, as water on my face inside the tank will be distracting.

Nick told me how once inside the tank, the purple light will go out after a few minutes and I’d be in complete darkness. Sensory deprivation. If I felt around I’d find an alarm button on the right-hand side of the capsule should I need assistance, another on the left to turn the light back on. There was also a spray bottle to wash any salt water out of my eyes and an inflatable neck pillow if so desired. And with that, Nick left me with the tools required to waltz around the rim of consciousness. 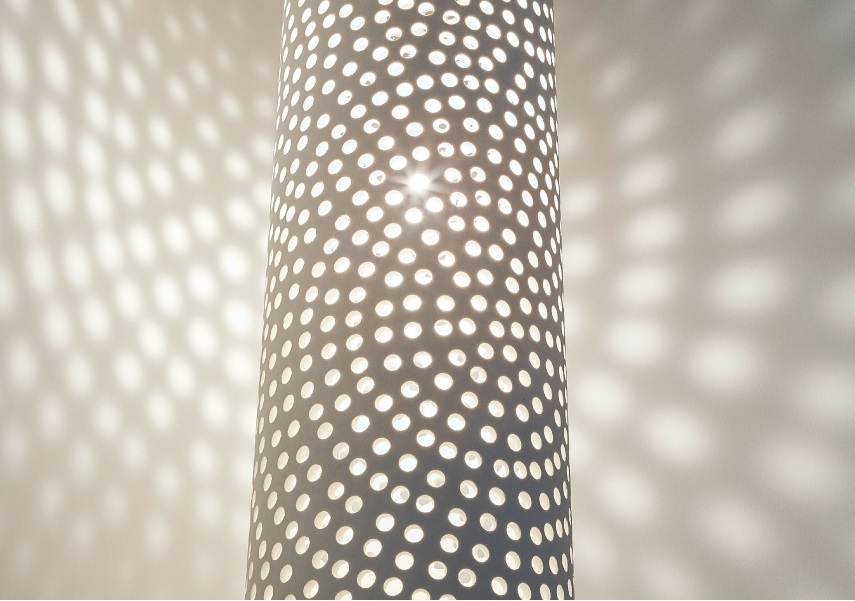 I nearly put a shoulder out trying to close the lid. I’m six-foot-five. Imagine a praying mantis trying to get back into its egg. It was a genuine delight to feel the warm water make my body completely buoyant. The novelty was strong. I could never tell which parts of my body were below or above the surface. After a few moments of mentally exploring my bobbing hulk, some quiet New Age music began humming in the capsule. Soon the light went out, the music faded and there I was. In Prahran.

It’s difficult to say what happened next. At first I flicked through all those open tabs in my brain – the emails I hadn’t sent, the interview I hadn’t transcribed, if anything was happening on Instagram, if I’d remember enough of this to write about. Every so often I’d feel my toe gently graze the end of the capsule and with a poke I’d drift away somewhere else again. For a while I was sure I was turning in circles, though impossible. I marvelled at how my hands kept drifting to my hips of their own accord, and how my body sat back in the water, splayed like a pensioner crouched to jump off a diving board – bum out, neck tucked, elbows splayed, head back. I’d be certain I was at maximum relaxation, then find my neck could stretch back further, or discover I’d been tensing my hips. An intimate series of discoveries.

The next phase is harder to define. I floated. I entered a state of not knowing if I was awake or asleep, while still somehow being aware of myself. Those pesky tabs fell away, until a foggy haze oozed over all. I think I slept. The water, my body, and my brain, all felt like the same thing.

I don’t know how long I was like that for. Half an hour? At some point I became aware of the purple light and music returning me to consciousness and felt terribly disappointed. As the water began to swish around I lifted the hatch above my head and sat up, marvelling at the weirdness of my Thursday morning. I slowly had a shower, got dressed, then doddered out to the chill-out section for a cup of tea and post-mortem with Nick.

Nick and his brother have been operating Beyond Rest out of a terrace in Perth for four years now. The business idea came to him— wait for it — while floating. This Melbourne location has only been open for a month, but in Perth they’re booked out for weeks. Kevin Parker from Tame Impala is a regular customer. So too athletes, creatives seeking focus, pregnant women, people with bad backs and business-folk looking to get offline. Nick said he can tell if people have had a good float or not from their eyes: if they’re glassy it worked. He said some people can’t do it. They can’t shut off or let go. They hop out within five minutes. Other experiences are profound. Nick remembers one high-flyer sat down on the couch afterwards and said, “What am I doing with my life?” 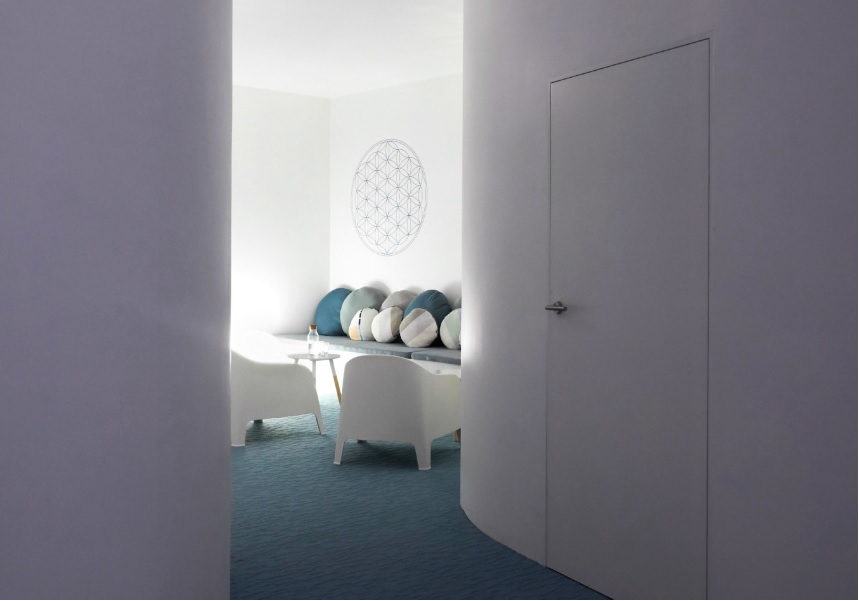 The rest of the day was a write-off. I felt like I was wearing a lead cloak that warded off the world. I felt sluggish and mentally gooped. I mentioned this to Nick a few days later and he wrote: “Yeah I’m sure you would of been sluggish for the rest of the day the way you left the place Marcus :),” which was deeply alarming. “The positive impact on your brain would have been a result of a good night’s sleep, cortisol reduction, endorphins and brain operating at a theta wave state.”

Zen Nick was right about the next few days: I had a clarity and focus I hadn’t possessed in an age. It wasn’t a light-bulb moment, but a dawning sensation that I was closer to something simple I’d forgotten about. It wasn’t exactly transcendental, but I can’t discount it went there. My partner said I looked different. Fresher.

Afterwards, walking across Chapel Street to Prahran Station, the landscape felt ugly. I didn’t want to go into a shop. I didn’t want the coffee I’d been craving earlier. I didn’t want to talk to anyone. On the station platform everyone was looking at their phones. I kept mine off, put it in my bag so I wouldn’t have to feel its weight in my pocket. I wanted to hang on to this new feeling of not being connected to anything other than myself.