Floating On An Arctic Lake Might Be The Coolest Experience Ever

Floating On An Arctic Lake Might Be The Coolest Experience Ever 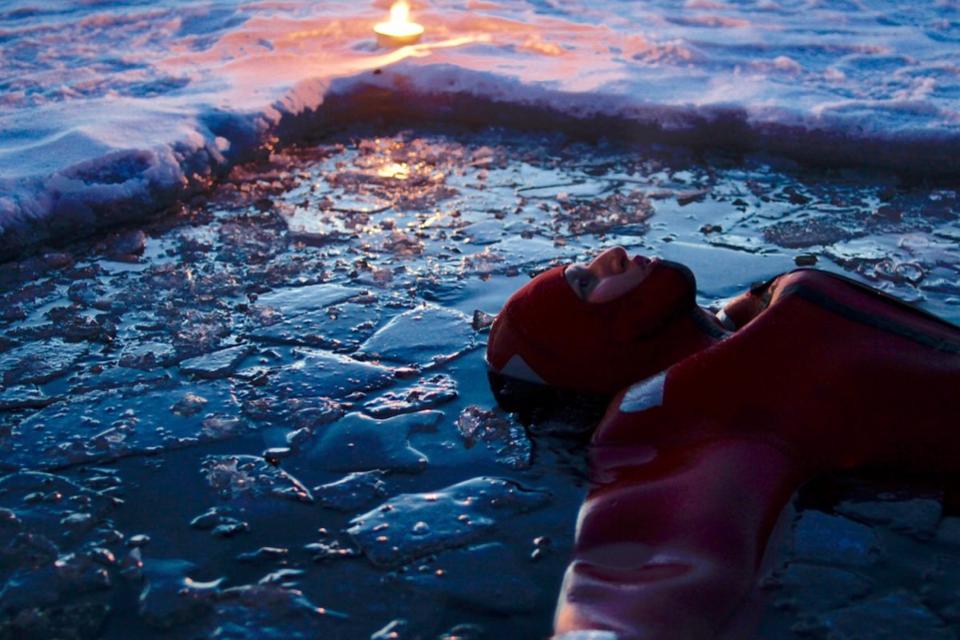 Off the Map Travel created an experience where you can float in a frozen lake under the Northern Lights.

Seeing the Northern Lights is on the bucket list for many people. There’s nothing cooler than seeing the colors dance above you in the sky. But one travel kicked that cool factor up a notch.

Off the Map Travel launched a new experience called the Aurora Floating Experience where you head to Finland and float on a frozen lake as the Aurora Borealis comes to life. “The Arctic is one of the best places to enjoy the night sky and the Northern Lights,” said Jonny Cooper, founder of Off the Map Travel and Arctic travel expert, in a statement. “Looking skyward while floating on your back is a really special way to enjoy them.”

The three-hour excursion starts at 7:30 p.m. while the sun sets and travelers make the short trek to the lake in Rovaniemi, Finland along a path illuminated by candlelight. A hole is cut into the ice exposing 32-degree F water where the brave souls float. Once in the water, it’s just a waiting game for the lights to appear.

“Although the Aurora can never be guaranteed, this is an experience that puts you in a wonderful position to search for the Northern Lights,” added Cooper. But don’t worry; the guides will have you dressed in a red, head-to-toe survival suit ensuring you’ll stay dry and warm throughout your float.

Floating in water became a trend over the past couple of years as the health benefits from the practice were touted. A 2014 study published in BMC Complement Alternative Medicine found that stress, depression, anxiety, and pain decreased after participants tried just twelve 45-minute sessions floating in a highly concentrated salt water sensory deprivation tank.

“The weightlessness provided by floating will recalibrate your brain and body,” reads one New York City float tank’s website. “Tension will be released from muscles and joints; aches and pains will subside. Your mind will finally be free to relax as you disconnect from the world around you.”

According to Floatation Locations, there are over 400 float tank studios in the United States, up from just 85 in 2011. Now, Off The Map travel took that trend to the outdoors…continue reading