Float your troubles away at Elements Float Spa

Float your troubles away at Elements Float Spa

Blog » Float your troubles away at Elements Float Spa
Posted on October 17, 2015
Tweet 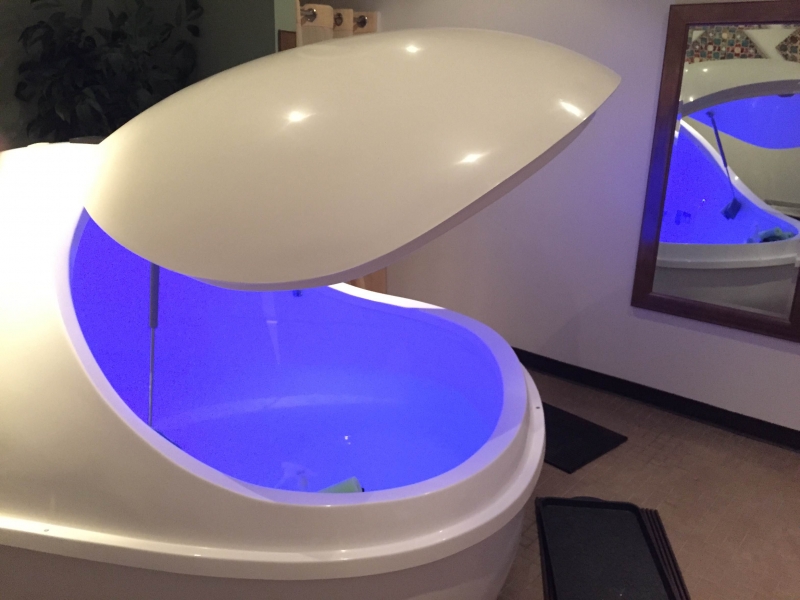 BY: MACY DYE The Crimson White:

Diet, exercise and lifestyle changes are some of the most popular ways to feel better, but what if you could simply let your problems float away? Now you can. Elements Float Spa opened in Birmingham in July and offers floatation therapy.

Flotation REST (reduced environmental stimuli therapy) consists of laying in a float tank of 10-inch-deep water with thousands of pounds of Epsom salt. The salt makes the water so dense that it impossible not to float.

Owner Kristine Sparrowhawk opened Elements in Birmingham after visiting a floating spa in Atlanta due to a neck injury.

“I broke my neck in 2008 and I was taking tons of medicine and getting injections, and I wanted to find something that was better for me because I was getting liver damage. I found floating on the Internet in Atlanta and drove over to try it.” Sparrowhawk said. “After my very first float, I could tell a difference the next day.”

Sparrowhawk started driving from Birmingham to Atlanta on a regular basis, sometimes three times a week. After some time, she and her husband, Kele, decided to open a float spa in Birmingham in order to share it with more people.

“You release endorphins at a higher rate when you’re in there,” she said. “Floating is the only time in your entire life that you can experience zero gravity unless you are an astronaut. So getting all the gravity off of your muscles and joints helps your entire body relax.”

The benefits of floating don’t stop at aches and pains, she said.

“One thing I do want to mention that I don’t talk about a lot is the mental and emotional benefits of floating,” she said. “We are having a fundraiser for autism on the 31st [of October] because it has been studied and tested and floating shows a huge improvement for people with autism and ADHD.”

Floatation has been academically studied in America since 1975 and currently in Sweden. To find out more about floating, visit their website at http://www.elementsfloatspa.com.

via: The Crimson White Serving The University of Alabama since 1894