Float your cares away: Isolation tanks are making a comeback

Float your cares away: Isolation tanks are making a comeback

Blog » Float your cares away: Isolation tanks are making a comeback
Posted on December 27, 2015
Tweet 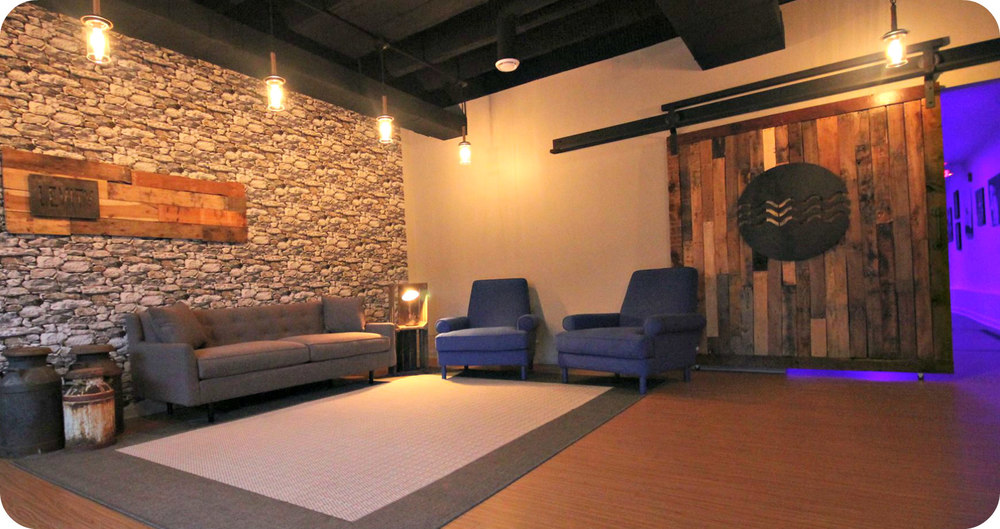 Ali Shapiro climbs into a capsule filled with water as salty as the Dead Sea and prepares for an hour of sensory deprivation.

Ten minutes of celestial music will ease her into a zero-gravity experience, during which she will float like a cork in pitch-black darkness devoid of sound.

While time in the capsule is a pleasure in itself — “I get to play with my thoughts instead of feeling stuck in traffic with them,” she says — the aftermath is the real payoff. “I feel light-hearted … unburdened … like I’ve just returned from a week’s vacation.”

The practice of floating in an isolation tank popularized by hippies and artists nearly half a century ago is now back in vogue among folks seeking relief from aches and pains, insomnia, stress and, perhaps most of all, the sensory overload of everyday life.

“People come here to decompress,” says David Rapach, 33, a former school counselor who opened Levity in Squirrel Hill in June. “They’re looking for a way to escape all the stimulation we’re constantly bombarded with.”

“I was skeptical at first, but my wife talked me into trying it,” he says. “I thought it was crystals and unicorn horns, which isn’t me.”

But after his first float, Rapach recalls feeling reborn. “It was amazing,” he says. “The world was softer. There wasn’t an edge to everything. Colors were brighter. Food tasted better. I noticed sounds more.”

Rapach and his wife became devotees until they moved back to Pennsylvania and couldn’t find float studios here. When Rapach’s job in education was eliminated by state budget cuts, he says he and his wife decided to open a studio, turning to former Pitt Panther football player John Malecki, now a custom furniture builder, to help them create a soothing, organic ambience.

Two float rooms, which include rain-forest showers, are located behind a 500-pound door Malecki crafted from reclaimed barn wood and hung from a steel beam. “I asked John to create a sanctuary from the rest of the world,” Rapach says. “We would have done a moat if we could have.”

While Levity is the newest float center to open in Pittsburgh, Pittsburgh Float has been open in Shadyside for three years, and Ian and Amy Green have offered floats at Pittsburgh Massageworks in Spring Hill since 2010. Float sessions range among studios from $55 to $70 an hour, with discounted packages available.

“I was first interested in having a tank for myself, my husband, and my family and friends,” says Amy, a massage therapist who learned about floating from an artist friend more than 20 years ago. “Then I thought it would be really cool to open it up to the community.”

The Greens don’t actively market float sessions but say they have a steady following.

“A lot of times the kind of people who want to float are seekers, people who want to explore themselves, to reconnect with their creativity or increase their consciousness,” Amy says. “I think of it as facilitative meditation, because it removes a lot of the stimulation that you’d otherwise have to filter out.”

She avoids over-hyping the experience because the whole point of floating is to reduce expectations, she says. “It’s not like you close the door of the tank and the show starts. If you are looking to just really unplug and unwind, less is more. “

Amy recommends a 90-minute session, especially for first-timers. Some clients, like Michael Tanzer, have floated for two or three hours, or follow their float with massage.

“This is time I turn off the cellphone, turn off social media, which everyone is so connected to, and rest,” says Tanzer, a New York-based marketing executive who visits Pittsburgh Massageworks on frequent trips to his native Pittsburgh. “Where you have sensory overload, this is the opposite.”

Tanks are filled with 10 inches of water and up to 1,000 pounds of Epsom salts, a magnesium-rich compound long used for ailments such as muscle soreness. Tank water is kept at the temperature of the skin. The water’s salinity causes the body to float.

The Greens have a Samadhi tank, a design developed by computer programmer Glenn Perry and Dr. John Lilly, who pioneered the concept of flotation therapy in California in the early 1950s.

Amy Green thinks the current float renaissance has been driven in large part by reality TV host and podcaster Joe Rogan, who credits float meditation with much of his success.

It was Rogan who inspired Luke Raymer, a Pittsburgh movement instructor, to try floating to relieve back pain while visiting Toronto. “After my first float, it was 90 percent better,” recalls Raymer, who eventually had a tank installed in his apartment because, at the time, there were no float studios in Pittsburgh.

He went on to open Pittsburgh Float at Capristo Salon and Wellness Spa in Shadyside. About half of the people who have used his tanks have become repeat customers, he says, including Marlene Smith, a mother of six and pizzeria owner who drives four hours from Emporium, Cameron County, to float three times a month.

“I learned about floating on the Internet, because I was searching for ways to find inner peace,” says Smith, 48, who has dealt with a number of health problems, including a brain tumor, for years, and wanted to rein in stress.

“Meditation was difficult for me. I even went to Peru’s Machu Picchu — the sacred center — looking for inner peace,” Smith says. “Floating is what works for me.”

Although she felt claustrophobic at the start of her first session more than a year ago, Smith says her fear quickly dissipated. “There’s nothing in there — no sound, no light, nothing — but at the same time you have everything you need. You feel yourself become one with the water.”

Deborah Weisberg is a contributing writer for Trib Total Media.