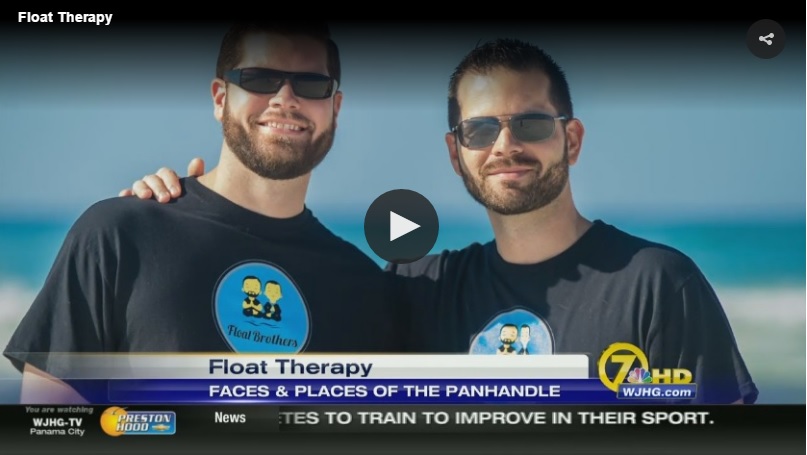 In a recent interview with NewsChannel 7, Hearn said they first heard about float therapy from a sports announcer.

“There is a famous announcer named Joe Rogan,” said Hearn. “We originally heard about it through him. My brother had some back issues and we wanted to try it.”

Float therapy is also known as sensory deprivation. “You can be free of touch, sight, sound, gravity. It just allows your body to decompress and destress as well as your mind,” said Hearn.

For folks who feel they can’t shut their brain down enough to relax, Hearn said all you have to do is try it one time. “Your brain is gonna get into this fade away state of brain waves and when you get into that state it allows your body to recover in a way that you would as if you were sleeping.”

Patrons have their own individual room where they will rinse off in the shower to get rid of any oils and lotions and then step into the pod.
So why can’t you get the same experience in the gulf or backyard pool? 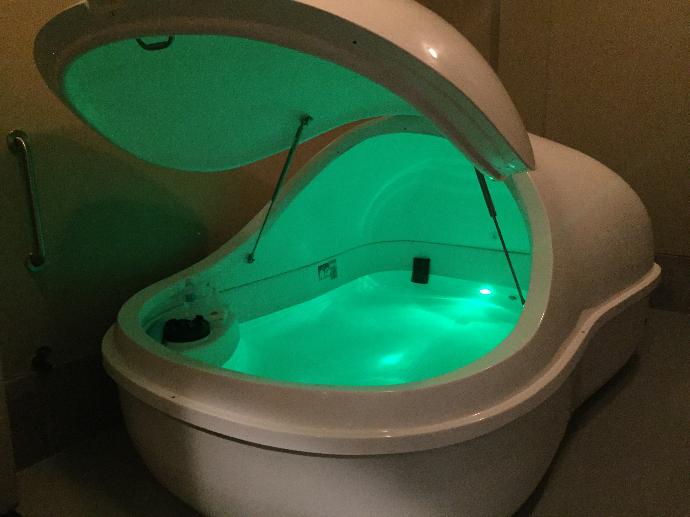 “We get those questions a lot,” said Hearn. “What makes this a lot different, inside the pod, there’s 150 gallons of water and a thousand pounds of medical grade Epsom salt that’s dissolved in that water. This allows you to float effortlessly on the surface of the water just from the sheer density of the salt.”

The salt also helps reduce inflammation. Once you float effortlessly, Hearn said your spine will decompress, your muscles and joints will instantly start letting go and relaxing.

Research results on float therapy have been so positive the military is recommending it for patients with post traumatic stress disorder.
Float Brothers Float Spa has what they call their patriot theme float room. The service is free for veterans and active service members diagnosed with PTSD.

“My brother and I are both military Air Force,” said Hearn. “Having deployed and having lots of friends that have PTSD it really just gives us the drive to help our fellow brothers and sisters in the military.”

Michael Raneri is retired Army who heard about float therapy from Eglin Air Force Base. Two head injuries and PTSD kept him from getting a peaceful night’s sleep until, he says, he took a dip. He started in November 2016.

After just two months Raneri says it’s made a huge difference. “What I’ve gotten from floating is the ability to not think about anything and finally just start to be able to relax without having your mind race.”

There are 49 veterans in the PTSD program.

“We’re finding folks under the PTSD program are telling us about how they’re weaning off their anti-anxiety medication, their pain medication,” said Hearn. “So it’s not only me telling you, it’s actually proving itself through these folks.”

The float sessions are either 60 or 90 minutes. Since they opened a year ago there have been 4,000 floats spread out through the four float rooms. And no you do not float in anyone else’s water.

“We are a department of health certified facility,” said Hearn. “We completely remove all the water and filter it five times between patrons. So the water is cleaner than any pool or spa you’ll get into.”

You can contact the Float Brothers Float Spa at 850-460-8720
or find out more information at info@floatbrothers.com.