SPONSORED BY WE RECOMMEND 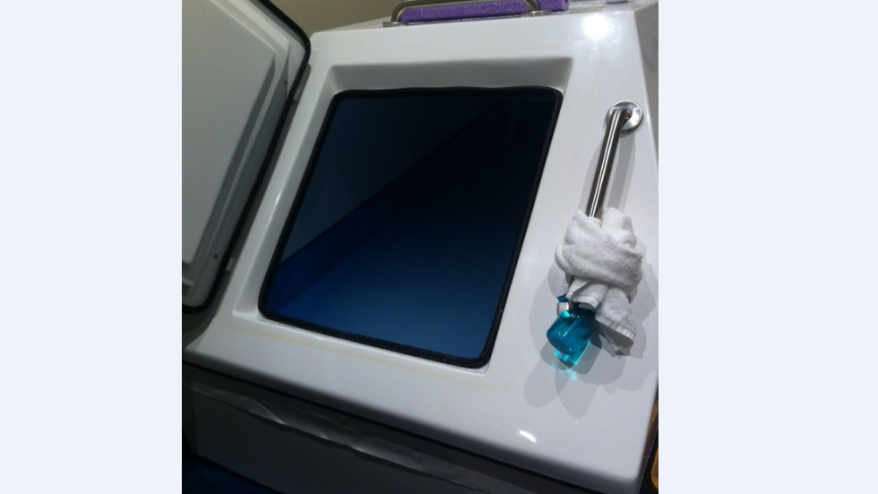 The relaxation trend of using ‘float tanks’ has made it’s way to the region.

Floating in one of these tanks has been called ‘the closest thing to drifting in outer space that you can experience on this planet’.

The tanks contain 10 inches of water which are saturated with over 900lbs of Epsom salts, making the water more buoyant than the Dead Sea.

Mark Okkema is the co-founder of Waterloo’s ‘Flowt K-W’, one of the multiple locations in the region that offer these tanks. He says that when you enter one, you lose all senses– including sight and touch.

“In that tank, once you close it, you can neither hear nor see or even touch– the reason you can’t feel anything is because the water has been heated to skin temperature, and after a few minutes.. the nerve receptors in your skin can no longer tell where your body ends and the water and air begins.”

He adds that a regular ‘float’ lasts for about 90 minutes, and that you are deprived of all of the sensory stimulation that can bombard us everyday. He says that once you’re in the tank– there’s many benefits.

“You get the chance to visualize in the dark– which is great for artists to visualize their work, students to visualize an exam coming up, or even athletes to visualize games or moves. If you’re really keen on meditation, there’s hardly a better place to be than a float tank. All of us are under so much stress, that anyone can really benefit just from the deep relaxation and de-stressing that goes on in these tanks.”

Experts say research and testimonials show that the reduced effects of gravity while floating can also help with arthritis, inflammation, and deep muscle and tissue injuries.

Flowt K-W opened on December 9th, 2015. They have four float tanks– each in their own dedicated room with a private shower and tank.

“We’ve only been here for four weeks but we already have people that have been here four times– so that’s just an indication of the kind of benefits that they’re experiencing. There are also some long-term benefits if you continue to float– like a mental clarity and continued creativity.”