Eugene Buchanan: Getting your Zen on in Steamboat

Eugene Buchanan: Getting your Zen on in Steamboat

Blog » Eugene Buchanan: Getting your Zen on in Steamboat
Posted on August 1, 2015
Tweet 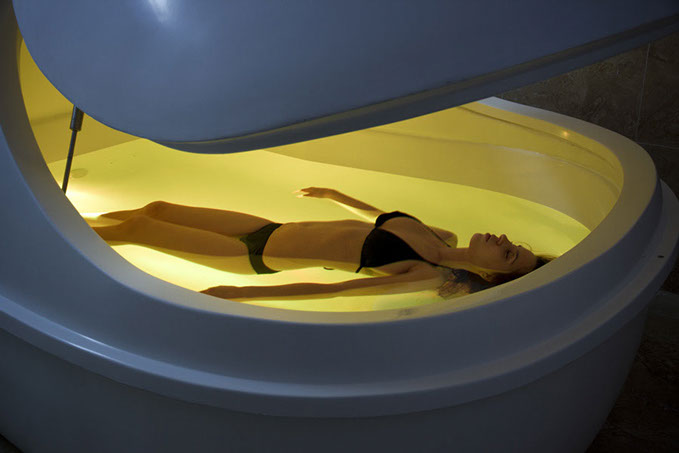 Updated July 31, 2015 at 3:45 p.m.
Blame it on my Boulder upbringing. How else would you explain my jumping at the chance to hop in a giant clam to test the new, space-age float tanks at Neptune Healing and Float Spa downtown?

The company opened in April, hanging its fedora on float therapy, a treatment dating back to Cleopatra floating in the Dead Sea. The premise: completely deprive your senses — sight, sound, smell and even feeling — allowing your body and mind to relax and heal. 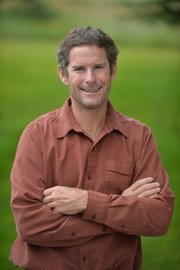 They do this via two time-machine-looking float pods filled with 900 pounds of magnesium sulfate (epsom salts) and 10 inches of water heated to your exact body temperature, creating the sensation that body and water are one. Quadruple-cleaned after each session with ultraviolet light, ozone and two filters, the sterile solution lets you float free of gravity and other stimuli, much like returning to the womb. This lets your brain waves shift from the active Beta to the slower Theta state, associated with meditation. The magnesium sulfate also loosens muscles and relieves tension, depression and anxiety.

Sign me up, said Birkenstock-wearing Boulder Boy, when owner Valerie McCarthy suggested sampling the treatment. I even convinced my overly stimulated 16-year-old daughter to put Siri to sleep and tag along.

First came a quick introduction to the facility. Partner Brian Savoie — who works in the hospital’s MRI department, so is well familiar with capsules and energy waves — said there are a variety of tanks to choose from, but that they went with the Porsche version, the largest and best available. They got the idea after hopping in a tank in Denver (there are also two —surprise — facilities in Boulder) and deciding it would be perfect for Steamboat’s active residents.

#Next, we watched a short video hosted by the animated “Float Guru.” We learned we’d shower before and after the 60-minute float and that we’d likely assume one of three customary positions: the Plank (hands by your side), I Surrender (hands by your head) and Mummy (hands folded across your stomach). And since we’d be enclosed in our own pod in a private room, we’d might as well go in our birthday suits to further eliminate sensation (like I’d even feel my thong). The video also advised counting 300 breaths to help unleash our inner Zen.

Climbing in, I couldn’t help but remember that ’80s flick, “Altered States,” starring William Hurt as a Harvard scientist whose experiments with hallucinogens and isolation chambers cause him to regress genetically. I didn’t think I could get any more Cro-Magnon that I already was, crawling inside a giant clamshell naked.

With that, I closed the hatch and assumed the position. Meditative music played for the first five minutes as I settled in, then all went dark and quiet. While you can do it with muted lights and your own music, I took their advice and went full commando for full deprivation mode.

McCarthy said it takes some time to get in the groove, and that’s what I found. “I have an hour of this?” I thought, as I fidgeted to get comfortable. My mind raced as I first tried the Plank: Pick up eggs, mow the lawn, call that guy, fix the garbage disposal, buy a patch kit, email whoshewhatsit. Finding that position to tense my neck, I shifted to I Surrender, and instantly, all was right with the world. I heard my heart beating and my breathing, my brain waves aligning with each. I tried counting breaths, but only made it to 20 before my mind wandered like a deer prancing through a field of wildflowers.

Despite being from Boulder, and once having actually owned an incense burner, I’ve never been much of a meditator. But with all sensory input eliminated, I was nam-myoho-renge-kyo-ing with the best of them.

Research abounds on the therapy’s benefits. Invented in the 1950s by Dr. John Lilly, the brainwave researcher who prompted the movies “Altered States” and “The Day of the Dolphin,” they’ve gained steam in the past decade for their ability to decrease pain, anxiety and depression and elevate mood. Athletes worldwide have even embraced them for training. The Dallas Cowboys, Philadelphia Eagles, Seattle Seahawks and New England Patriots all have tanks, letting the likes of Tom Brady heal while contemplating DeflateGate free of gravity. Olympic sprinter Carl Lewis even float-tanked to get his brain on the right track before running on one. And their effects are cumulative; by the third float, chronic pain reportedly drops by 90 percent.

I kept waiting for something else to drop, like my butt and feet, but they never did; the 38-percent salt solution kept them from sinking, with only my eyes, nose and mouth above the surface. My ears, plugged to keep the salt out, rested just below, muffling all sound except that coming from my body. The only extraneous sensation was the occasional toe-brush against the pod’s wall.

Never touching the optional light button or intercom, my mind swirled with the water, progressing from the busy fraternity of Beta waves to more thoughtful Theta. That’s the only way to explain how quickly the music and lights came back on, signaling the hour was up.

Taking in my tranquil surroundings for a few more minutes, I then opened the rounded hatch, rejoining the over-stimulated world. Showering off the salt, I zombied back to the reception room and waited for my daughter, who embraced it as much as I did — no easy feat for an Instagramming teen.

“Did you twitch?” asked Savoie, as McCarthy clanged giant gongs for the final pièce de résistance (she also practices sound healing therapy).
#Indeed I did, at one point both my foot and shoulder involuntarily rippling the water. “So did I,” gushed my daughter, all embarrassment flushing through the filter with the water.

Driving home, readjusting to the stimulations of the “big city,” I glanced at the river by the library. Tubing the Yampa, I realized, isn’t the only way to get in a relaxing float in Steamboat.