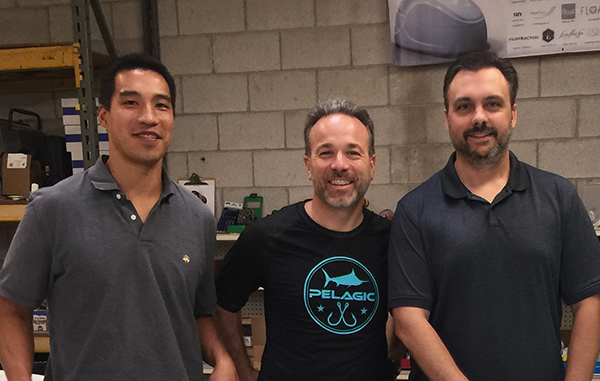 David Berv knows a thing or two about relaxation.

For the last 18 years he has run Back in Action Health Resource Center at 4911 Augusta Ave. near Willow Lawn where he does chiropractics, acupuncture and massage therapy.

For his latest venture, Berv is sticking to what he knows and is opening The Float Zone, a flotation therapy shop at 2034 Dabney Road.

The business will feature four float pods, large enclosed tanks filled with salt water, in which customers float for a sensory deprivation-like experience.

“It’s basically a salt-water spa where you are immersed in skin-temperature water with 1,000 pounds of Epsom salt,” Berv said. “You float effortlessly like a cork for an hour. It’s great for the mind and body.”

Berv, 48, did his first float about three years ago in Boulder, Colorado, where spending an hour in a salt-water pod is more common than it is in Richmond.

“I came out of that experience feeling so rejuvenated, not only in a pain sense – I just felt different all over,” he said.

Flotation therapy pods are light-proof, sound-proof
and filled with water and hundreds of pounds of Epsom salt.

More and more, people are looking to turn that experience into a business, and Berv’s Float Zone is at least the second such enterprise in the Richmond market. A flotation shop called Oasis recently opened in West Broad Village.

Berv said he thinks a session in a float pod will interest the same people who seek out yoga classes, ballet barre studios, and CrossFit gyms in search of a break from what he called “the pressures of modern-day society.”

“We’re all looking for ways to reduce stress,” Berv said. “I can’t overemphasize the mental capacity side of it. Your brain has the chance to open up different parts of it that aren’t used.”

Hour-long sessions will cost $65, and discount packages will also be available. When it opens this spring, Float Zone’s pod rooms will each contain a shower, changing area, and float tank. It will also have a lounge for post-float minds to readjust to the world.

“You’ll be able to chill out in this lounge area as long as you want after you float to soak up the experience,” Berv said. “The premise behind float therapy is that you really limit your senses. You are restricting stimuli such as light, sound and gravity. When you do that for an hour, you’re not only relaxed but also sensitive to stimuli.”

Rather than locate in a busy retail strip, Berv chose a building in an industrial area just north of West Broad Street.

“It’s really important to find an area that’s not too noisy,” he said. “I’ve been in float centers right to next to delis and could hear doors slam and pots rattle. A more industrial area is not going to get so much hustle and bustle.”

Berv said he’ll spend about $250,000 to open The Float Zone, and he is financing it himself. He said he has wanted to open his own shop ever since trying flotation therapy that first time three years ago in Boulder.