Can Floating in a Tank of Water Help Your Mind and Body?

Can Floating in a Tank of Water Help Your Mind and Body? 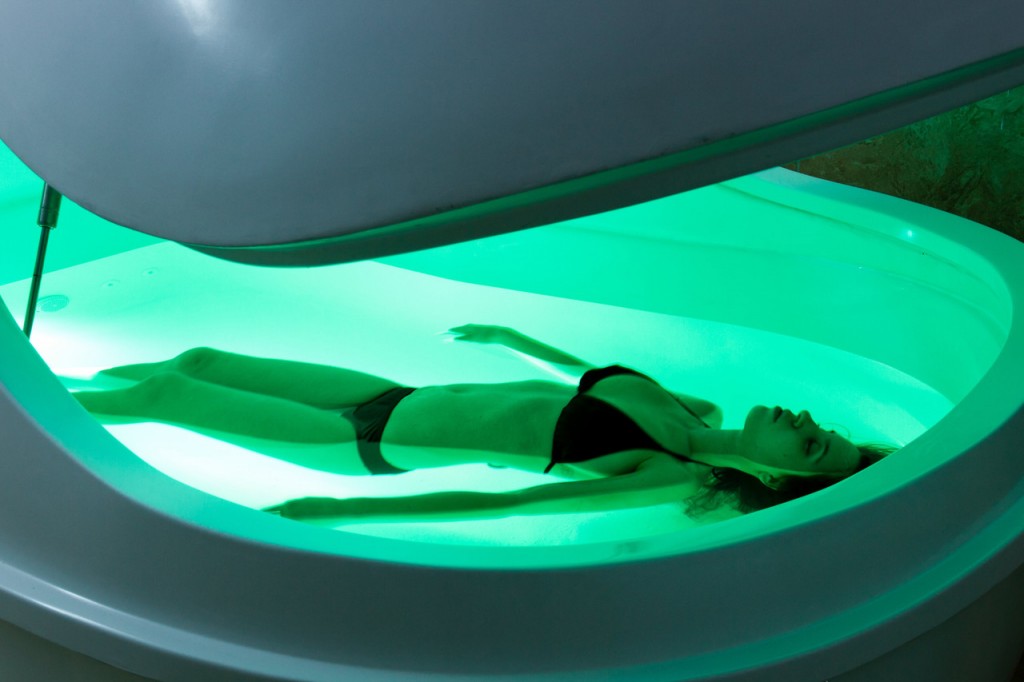 Regular use of flotation tanks has been shown in research studies to reduce stress, ease pain and improve sleep.

The Claim: The practice of regularly floating in a special tank full of warm water and Epsom salts can profoundly relax a person and lead to a variety of mind and body benefits, according to centers that charge for sessions in the tanks.

The Verdict: Regularly floating in such tanks has been shown in research studies to reduce stress and anxiety, ease back and fibromyalgia pain and improve sleep. But the studies are mostly small, and larger, rigorously designed trials are needed, scientists say.

Floating, pioneered by the late neuroscientist John C. Lilly in the 1970s, fell out of favor in the 1990s and is now back, says Lee Perry, president of Samadhi Tank Co. Inc., a Grass Valley, Calif., company. There are now 267 float centers in the U.S., up from an estimated 85 in 2011, according to Aaron Thomson, chief executive of Flotation Locations, a Brick Township, N.J., company that runs a website that lists flotation centers. A 1½ hour session generally costs $45 to $100, he adds.

Tanks vary in style and price. The classic style, such as the boxlike plastic model from Samadhi, is intended to be dark and silent and can be had for as little as $6,000 to $15,000. A newer style, called a pod, is made of fiberglass and has doors that open and close like the back of a sport-utility vehicle. A $22,500 model from Float Pod Technologies LLC of Tempe, Ariz., offers a choice of six colors of light and a music dock. It can be used with the lid open, making it a good introduction for someone anxious about being enclosed, says Alden Witte, company sales director.

Hundreds of pounds of Epsom salts are added to the tanks to make the user particularly buoyant. The water is heated to skin temperature, or 93.5 degrees Fahrenheit, companies say. The tanks are filtered between each use and disinfected with ultraviolet light or other methods, depending on the company.

Advertisement
A 65-patient study by researchers at Karlstad University in Sweden, published last year in BMC Journal of Complementary & Alternative Medicine, found that a dozen 45-minute floating sessions over seven weeks reduced stress, depression and anxiety compared with control-group participants scheduled to get their float sessions later. It also cut the self-reported peak level of a variety of types of pain, which included back and neck and shoulder pain, says co-author Anette Kjellgren, a professor of psychology at the university.

The Swedish study is well done and the research on floating overall is “intriguing,” says Brent A. Bauer, director of the Complementary and Integrative Medicine Program at the Mayo Clinic in Rochester, Minn. But, Dr. Bauer adds, the studies are mostly too small to constitute solid proof of any benefit. It makes sense that “getting off the treadmill” of daily life could have benefits for stress and anxiety, he adds.

The first time a person floats, benefits may be minimal, as the person is getting used to the experience, scientists say. When a person floats repeatedly over time, scientists have found a drop in blood levels of cortisol, a hormone produced when a person is stressed, says Thomas Fine, an associate professor in the department of psychiatry at the University of Toledo’s College of Medicine and Life Sciences. Preliminary work also showed drops in blood pressure, but those studies are too small to be conclusive, he adds.

Justin Feinstein, director of a clinic that studies floating at the nonprofit Laureate Institute for Brain Research in Tulsa, Okla., says it is common for people to get a stuffy feeling—like they’re in coffin—after about 45 minutes in a classic-style enclosed flotation tank. That sensation is likely due to a buildup of carbon dioxide in the tank’s air, he says. Using an open tank in the dark is a way to avoid that, he adds.

An earlier version referred incorrectly to “research subjects” in Justin Feinstein’s description of the stuffy feeling people commonly get after about 45 minutes in a classic-style enclosed flotation tank. Dr. Feinstein said the Laureate Institute for Brain Research uses open-style flotation tanks in its research. (May 29, 2015)

via: The Wall Street Journal