Being One with Darkness

Being One with Darkness

Blog » Being One with Darkness
Posted on July 6, 2013 by iFloat
Category: Tank Talk Tweet 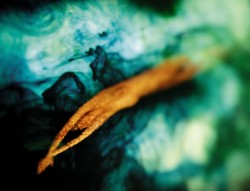 Floating is a tool that uses darkness to help people find resolutions.

I once had a client (we’ll call him Max) talk about a dreamlike experience he had when floating. Max heard a woman’s voice several times while floating and the voice yelled his name several times. It diving into the darkbothered him because it seemed so real. I explained what he experienced was an auditory hallucination. People often think of hallucinations as visual. However, people can also have auditory or somatic (body) hallucinations. When the mind is not receiving stimuli, it projects stimuli out into the darkness in the form of sound, images, and sensations.

Hallucinations are generally pointing at something going on in the unconscious part of the mind. In a night dream, the characters in the dream are usually not about the people. If someone dreams about their boyfriend, for example, the dream is usually about what the boyfriend represents – not the actual boyfriend. In the case of Max, I pointed out how when one dreams of a woman it sometimes can mean the desire for some feminine part of themselves to be expressed. When I said that, he stared at me stone cold. He said, “How did you know?” I asked him what he was talking about. Then he went on to talk about how he had been wanting to apply to nursing school so he could care for people in hospice centers, but he had been procrastinating it. I said, “Well, it looks like that part of you doesn’t want to be pushed away anymore, don’t you think?” He nodded.

Floating in the dark is powerful for many reasons but one of them is it allows us to access those deeper parts of ourselves. Max’s story is a good example of that.

However, some people are afraid of the dark. What they are actually “afraid” of is not the dark. What bothered Max was not the dark but his resistance to listening to his intuition and applying to nursing school. When he was in the dark he could not hide from that deep desire anymore.

When I was young I was afraid of the dark because I had nightmares and images that were uncomfortable. I thought those dreams were something I had to run away from. It was only later, when I learned how to analyze dreams through the help of a Jungian analyst, that I saw the dreams represented patterns in my own mind that needed to be identified and integrated.

Any time a person is afraid of silence or the dark it is an opportunity because the fear represents something we are resisting within ourselves. Floating is an amazing opportunity to examine the resistance and transform it into expression and productivity. For example, I’m sure the people in the hospice program will be happy to have Max working there because he has a natural ability to be caring and kind to others. When we resolve resistance we are able to help others in ways we never imagined.