And We All Float On Okay In Magoun Square

And We All Float On Okay In Magoun Square

Blog » And We All Float On Okay In Magoun Square
Posted on October 5, 2015
Tweet 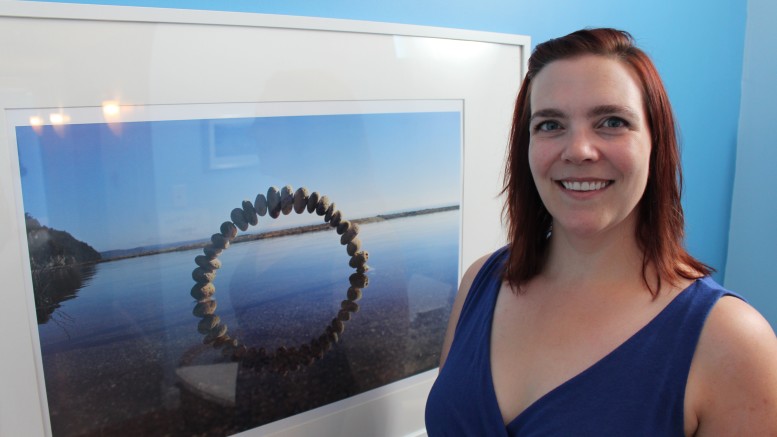 POSTED BY: EMILY HOPKINS OCTOBER 5, 2015
Walking into Float (515 Medford St.) is like slipping into a secret clubhouse in the ocean. The walls throughout are painted slightly varied shades of calming blue that brighten the room while maintaining a soft tranquility. This is where Sara Garvin and her husband Colin Roald invite their neighbors to Float.

Garvin, who recently met with Scout for an interview, was a massage therapist for over a decade before discovering “floating”—an aquatic relaxation therapy that limits stimuli to induce state of extreme tranquility.

“The idea is to cut down everything coming in,” says Garvin, who opened Float with her husband in February. She says that about 90 percent of the messages your brain processes are things like gravity and your position in space. That’s a lot of noise, and Garvin says getting in a float tank can help shut that down.

“Your brain kind of sighs a big sigh of relief,” she says. “Getting into a float tank and taking all that away really frees up the brain’s resources to do other things like check in on your body and on your mental state.” 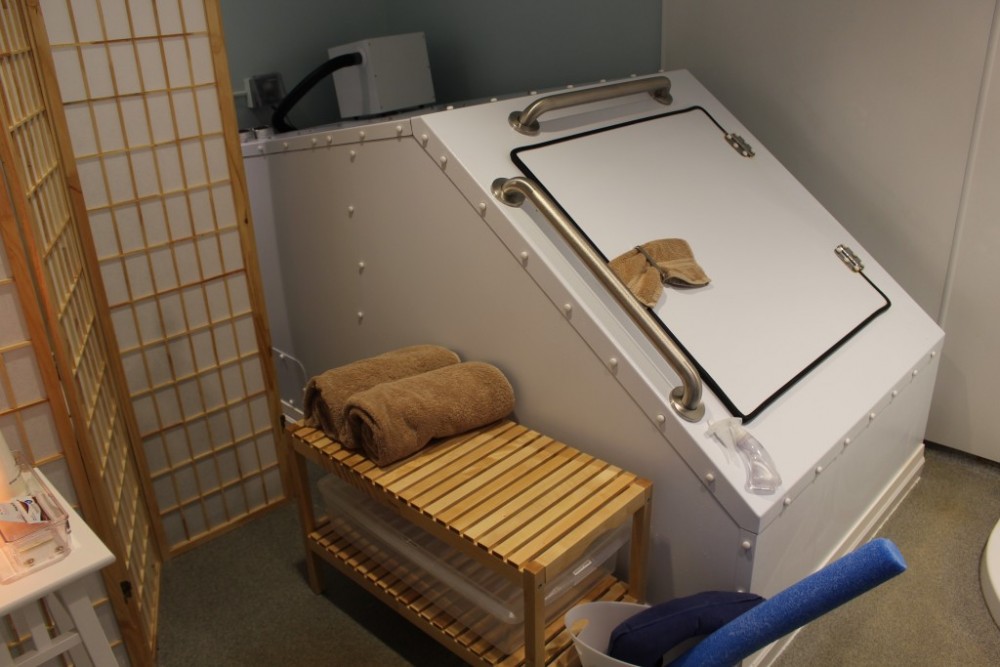 The process goes something like this: You’ll arrive at Float and take a shower with soap. Then you’ll slide into the float tank, into a shallow pool of water about 10 to 15 inches deep. The water is supersaturated with epsom salt, making it denser and easier to (literally) float in. It’s kept at “skin receptor neutral,” or about 93.5 degrees. The inside of this tank is black, and the idea is that once you close that door, you will be in complete darkness, free from stimuli and stresses, and ready to decompress. The sessions go on for 60 to 90 minutes, though Garvin recommends the latter.

“It’s really common for people to have their brains kind of chat at them for a half hour in the tank. If you only go in for an hour, then your brain has chatted at you for 30 to 40 minutes,” which doesn’t leave a lot of peak float time, she says.

This fall, Garvin is looking forward to new additions to Float’s array of tanks, including stand up tanks that can provide the float experience to those with mobility issues. She says that they’ll also have lights inside that mimic a starry sky to provide an alternative to straight darkness.

Garvin says that people have responded really well to Float. Even before construction was done, she began collecting a list of emails for a newsletters with updates on their progress, and they’ve since started a meetup group. Their location, nestled in the heart of Magoun Square, also helped gain at least some curious neighbors during construction.

“We had tons of people just looking across the street and seeing us and wanting to come over and see what we were about. And that’s a big deal,” she says.

There’s a twinkle in her eye as she describes some of the clients who have found relief in floating. She describes a client who nearly left her cane behind after a session—a big deal for her. But it’s the dedication of Garvin’s community, the ones who keep coming back, that seem to touch her the most.

“It’s gratifying. That’s what I liked as a massage therapist: having an immediate impact on people’s