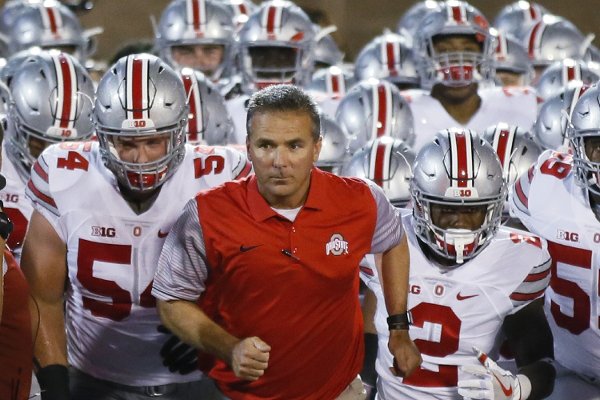 The Air Force Research Laboratory will expand the number of Ohio State University athletes whose performance it is analyzing to gain data airmen may use on the battlefield and push athletes further on the field, a researcher says.

Perennially a powerhouse in college football, the Buckeyes, with a 6-1 record this season and ranked as the No. 2 team nationally last week , have gained an edge with the sport science strategy on the field, according to Doug Calland, Ohio State associate athletic director for sport performance.

“There’s no other school that has a relationship like this,” Calland said. “… It’s really been unbelievably helpful to know because we’re going to go hard just like the military does. They train hard and we’re training hard and we need to make sure that we’re doing that in the right way.”

“We’re really trying to help develop a sport science strategy for all the sports teams,” said Josh Hagen, a researcher with the 711th Human Performance Wing at Wright-Patterson Air Force Base.

Since Ohio State linebacker Joe Burger started working with AFRL two years ago, bio sensors have measured his physical depletion on a rating scale to determine what he needs to do more of to recover. The sensors, for example, can alert an athlete if he or she is nearing dehydration or needs extra sleep.

“It makes you more cognizant of the things you can do,” said Burger, a 22-year-old senior from Cincinnati. “You can definitely tell a difference and seeing a difference makes you a believer.”

Hagen, a key researcher in the development of a Band-aid-like sweat sensor measuring biometrics that AFRL plans to commercialize with a Virginia-based company, said the data are useful to understand the demands Special Forces troops may confront on missions.

“We don’t have any special operators at Wright-Patt,” he said. “I felt like we could do more by partnering with athletics so these elite athletes at Ohio State are our surrogates.”

For athletes, the knowledge lets them know “when they are at their best,” Calland said. The Buckeyes next face Northwestern University in Columbus on Saturday.

Ohio State also has installed a flotation tank to test athletes’ response to flotation therapy, a technique the Air Force says was taken from the battlefield to OSU. Some claim the therapy, experienced lying in a tank filled with salt water, reduces stress and alleviates pain.

The research agreement between AFRL and Ohio State exchanges knowledge, but is not a financial deal, officials said.